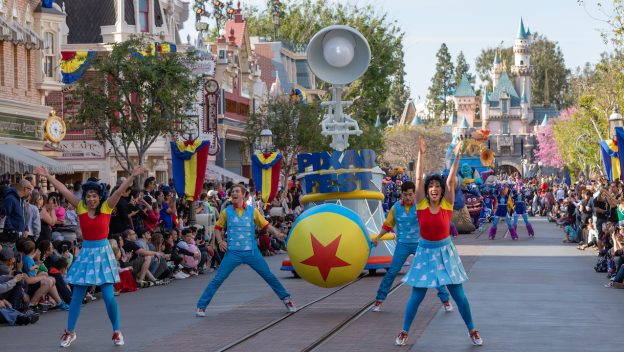 Now through September 3, you’ll be able to experience the adorable “Pixar Play Parade” and dazzling “Paint the Night” parade at the Disneyland Resort for Pixar Fest!

Here are 10 fun facts about Paint the Night and Pixar Play Parade at Disneyland Resort! 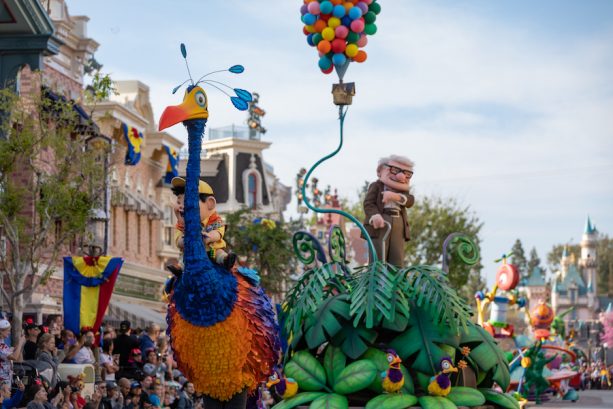 1. In “Pixar Play Parade,” which is now in Disneyland park, the Pixar Lamp and Ball from Pixar’s original short, “Luxo Jr.” now leads the parade in a larger-than-life fashion. The Lamp is 14 feet tall and the Pixar Ball is nearly four feet wide.

2. You’ll also will want to keep an eye out for Kevin, the friendly bird from “Up” who stands nearly 12 feet tall from her toes to the top of her feathers. The new “Up” story element also features Carl Fredricksen and Dug, while Kevin romps through the parade with pal Russell riding on her back.

3. The new “Inside Out” story element features Riley’s rocket wagon. Nearly 280 memory orbs of all different emotions appear at its base!

4. Baby Jack-Jack sits in one of the claws of the Omnidroid on “The Incredibles” float and, just like in the Pixar film, flames rise from his head when he gets excited.

5. 120-plus performers and crew entertain guests and dance along to the original songs “Countdown to Fun” and “The Party’s On” by Matthew Gerrard and Robbie Nevil, who wrote many of the songs for the successful “High School Musical” movies. 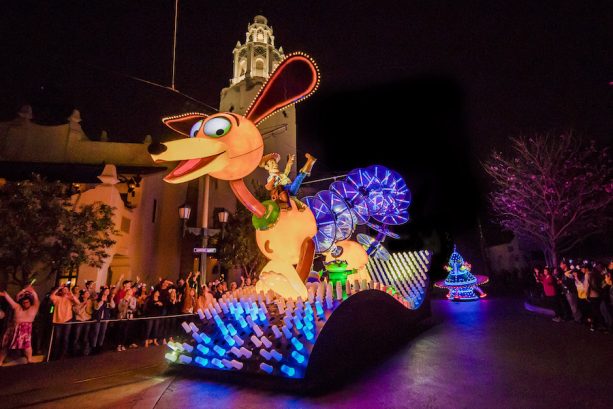 6. “Paint the Night” parade requires more than 200 “universes of control” to operate everything from the video presentations on the floats to the lights on individual costumes.

7. Including the video screens, the parade contains more than one million sources of light. The 500 strobes used in the parade are a custom lighting product developed by Disney.

8. Slinky Dog from “Toy Story” is 32 feet long, with his ears measuring at 18 feet tall and 11 feet across! The 10 spinning disks rotate at 120 RPM and are programmed with custom video content.

9. The five animated doors on the “Monsters Inc.” float are more than nine feet tall with 40 individual LED video panels. They were created in collaboration with Pixar Animation Studios.

In June, a new float will be added to the “Paint the Night” parade, featuring Mr. Incredible, Mrs. Incredible and Frozone. The fun and excitement of “The Incredibles” will be brought to life with high-tech, pop-art effects!

What are you most excited to see when these two parades return during Pixar Fest?