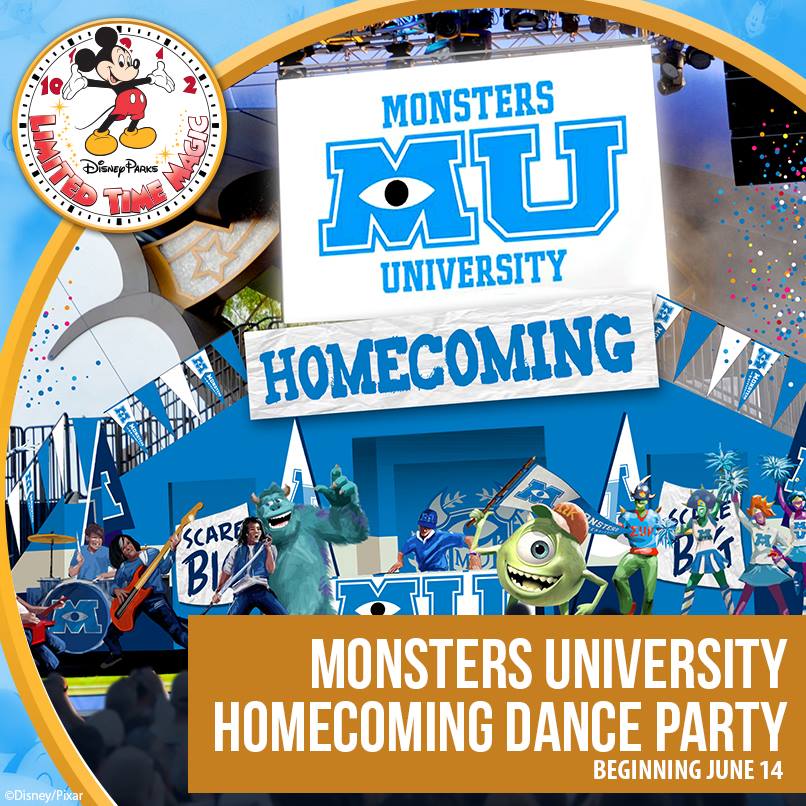 Plus, don’t forget that you can see Mike and Sulley’s dorms at Disney’s California Adventure park or the Monsters University Student Union at Disney World’s Hollywood Studios as part of the Disney parks monstrous summer!

Have you seen Disney-Pixar’s Monsters University yet? What did you think?

Would you like to plan your Disney World vacation so you can experience the Monsters University Homecoming at Disney’s Hollywood Studios? Email Siera at spreadingmagic@gmail.com today to take advantage of the great deals available!