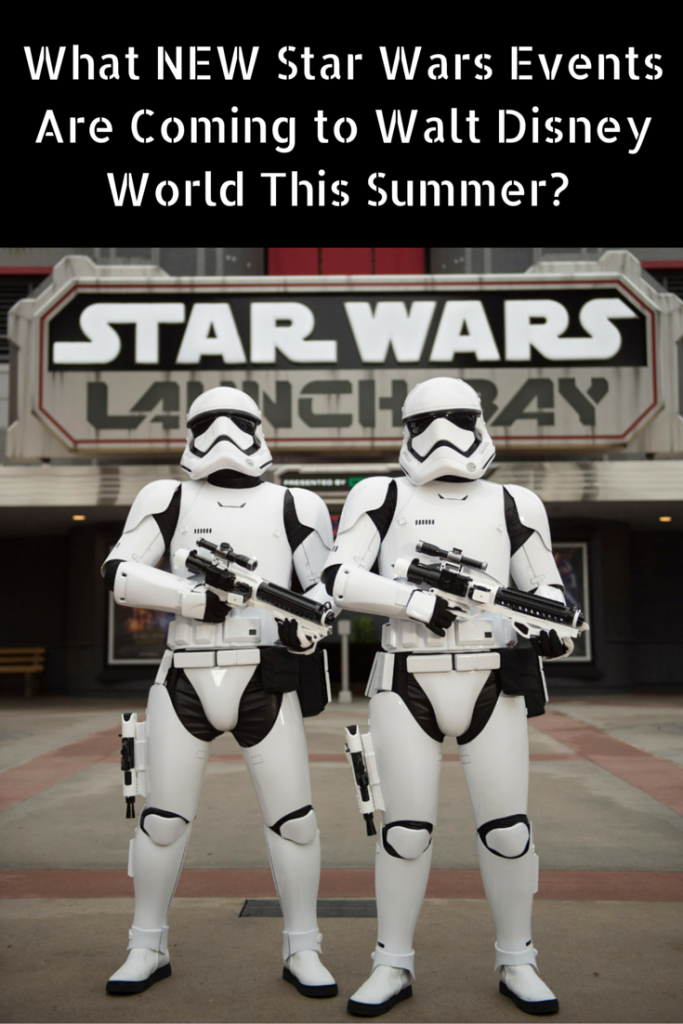 We just can’t get enough Star Wars, can we? A whole new generation has now fallen in love with Star Wars thanks to The Force Awakens. Star Wars is a big draw for many families at Disney World so you may want to check out these new Star Wars events at Disney World this spring and summer.

New Star Wars Nighttime Show is Sure to be a Blockbuster!

Following the extraordinary popularity of Star Wars: The Force Awakens, Walt Disney World Resort is unveiling even more new Star Wars themed entertainment at Disney’s Hollywood Studios starting this spring – including one of the most elaborate fireworks and projection shows in the park’s history.

Just in time for spring, that “galaxy far, far away’’ will be closer than ever with the April 4th arrival of the newStar Wars live entertainment experience Star Wars: A Galaxy Far, Far Away and a menacing First Order stormtrooper procession at Disney’s Hollywood Studios. And to kick off summer, the park is launching a new nightly fireworks and projection show called Star Wars: A Galactic Spectacular that will eclipse anything of its kind in the park’s history.

Here are details on these latest entertainment features coming to Disney’s Hollywood Studios this spring and summer: 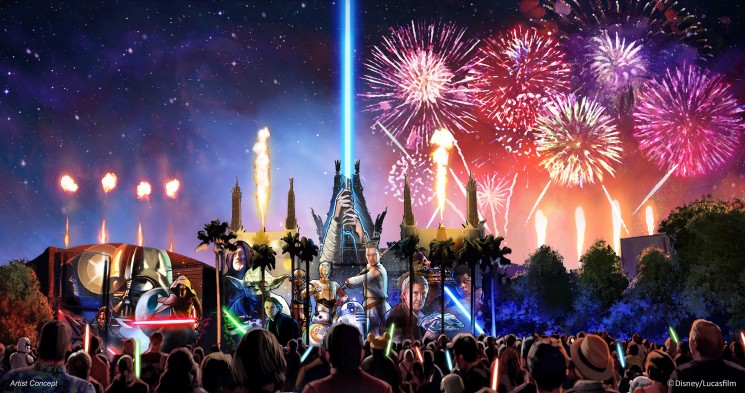 Through these state-of-the-art special effects that project onto the nearby Chinese Theatre and other surrounding buildings, guests will gaze at the twin suns of Tatooine, push through a field of battle droids, navigate through an asteroid field, soar down the trench of the Death Star and deliver the final blow to destroy Starkiller Base. The show, which will unfold through a series of acts, will be punctuated by a tower of fire as well as powerful spotlight beams that create lightsabers in the sky.

Other recent additions that have attracted legions of fans since their December debut include:

With these new entertainment elements, Walt Disney World Resort guests can enjoy even more extensions of the record-setting movie Star Wars: The Force Awakens and further immerse themselves into the Star Warsgalaxy like never before. Each entertainment element offers guests a uniquely immersive Star Warsexperience, all adding to an unforgettable day and night at Disney’s Hollywood Studios.

And more Star Wars experiences are on the way with the upcoming Star Wars-themed lands planned for Walt Disney World Resort and Disneyland Resort in California. Guests can join the conversation online using #StarWars. Which one of these Star Wars events at Disney World are you most excited to see?