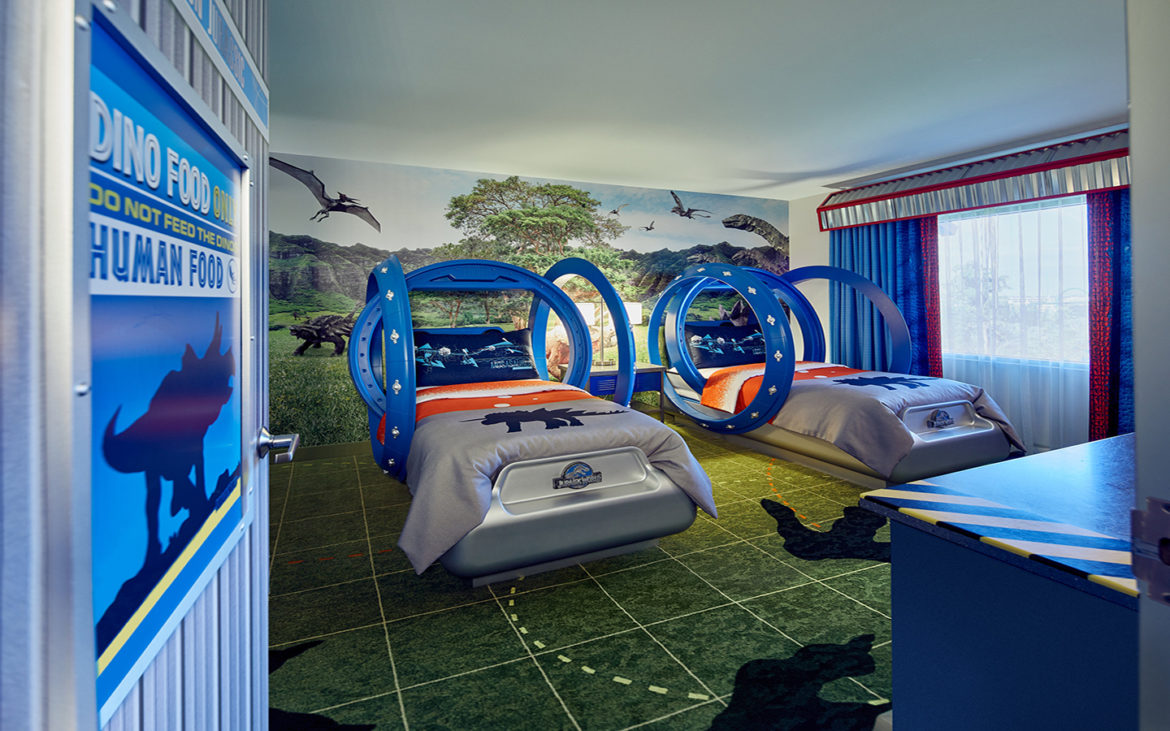 Cue the music… The new Jurassic World Kids Suites at Loews Royal Pacific Resort will transport little ones right to the island of Isla Nublar from Jurassic World and allow them the opportunity to sleep among the dinosaurs! The second you open the paddock door, you have entered the world where Velociraptors, Pterodactyls and even the Indominus Rex roam. 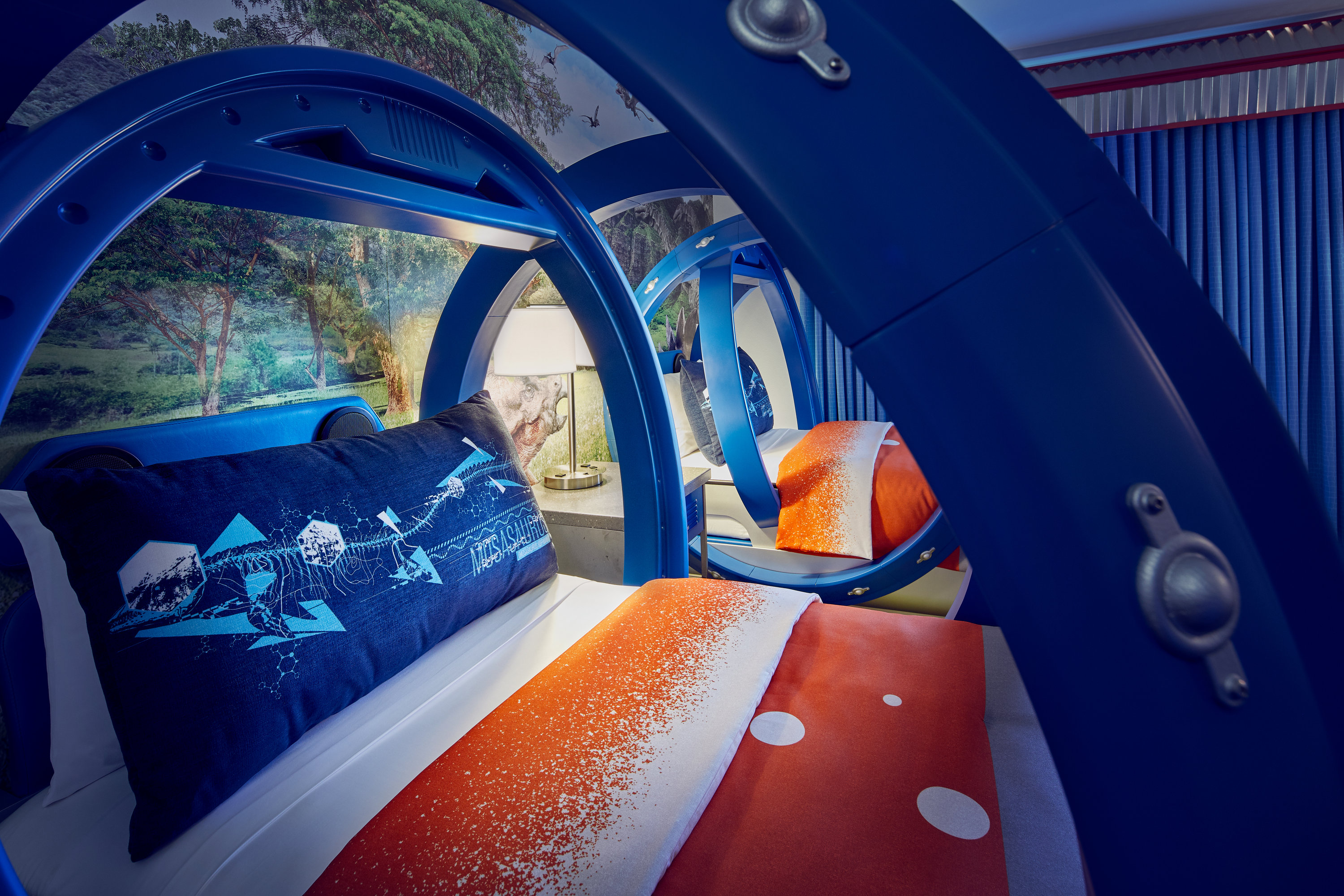 When your kids lay down in bed, they’ll feel as if they have stepped right into their very own gyrosphere ride, maneuvering through the jungle terrain. The carpet will help guide them as it looks like the valley map with trail markings the gyrospheres followed. And the bedding is made to look like a test tube that was used to create new species of dinosaurs just like in Jurassic World. I wonder which new dinosaur species they’ll come up with in the new Jurassic World: Fallen Kingdom movie… 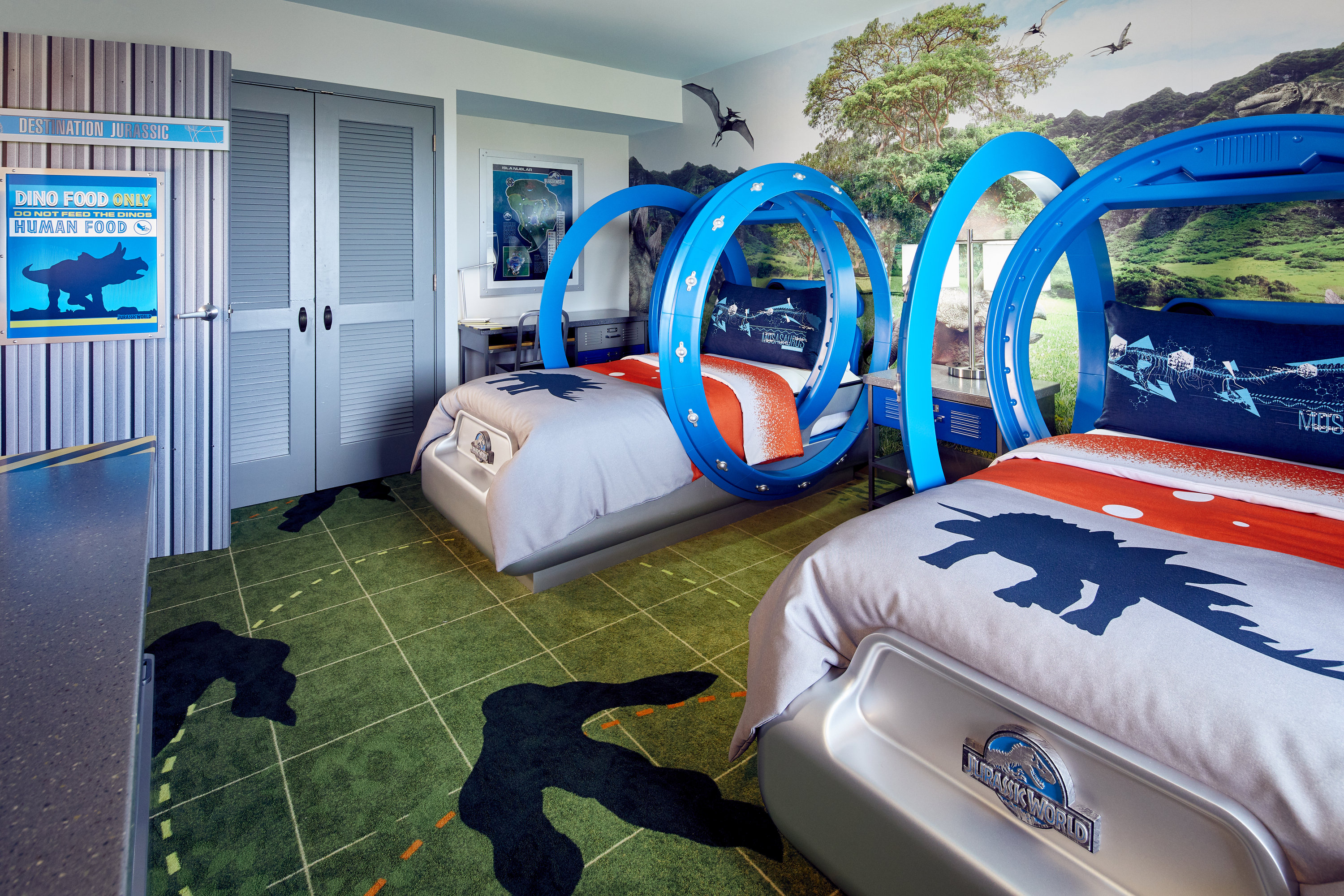 The kids’ suites sleep up to five with one king bed, two twin beds and an option for a rollaway bed. Mom and dad can have a little privacy, while kids can have some fun in their own attached themed room. The kids’ room only opens into the adults’ room, connected via a door modeled after the dinosaur enclosure. 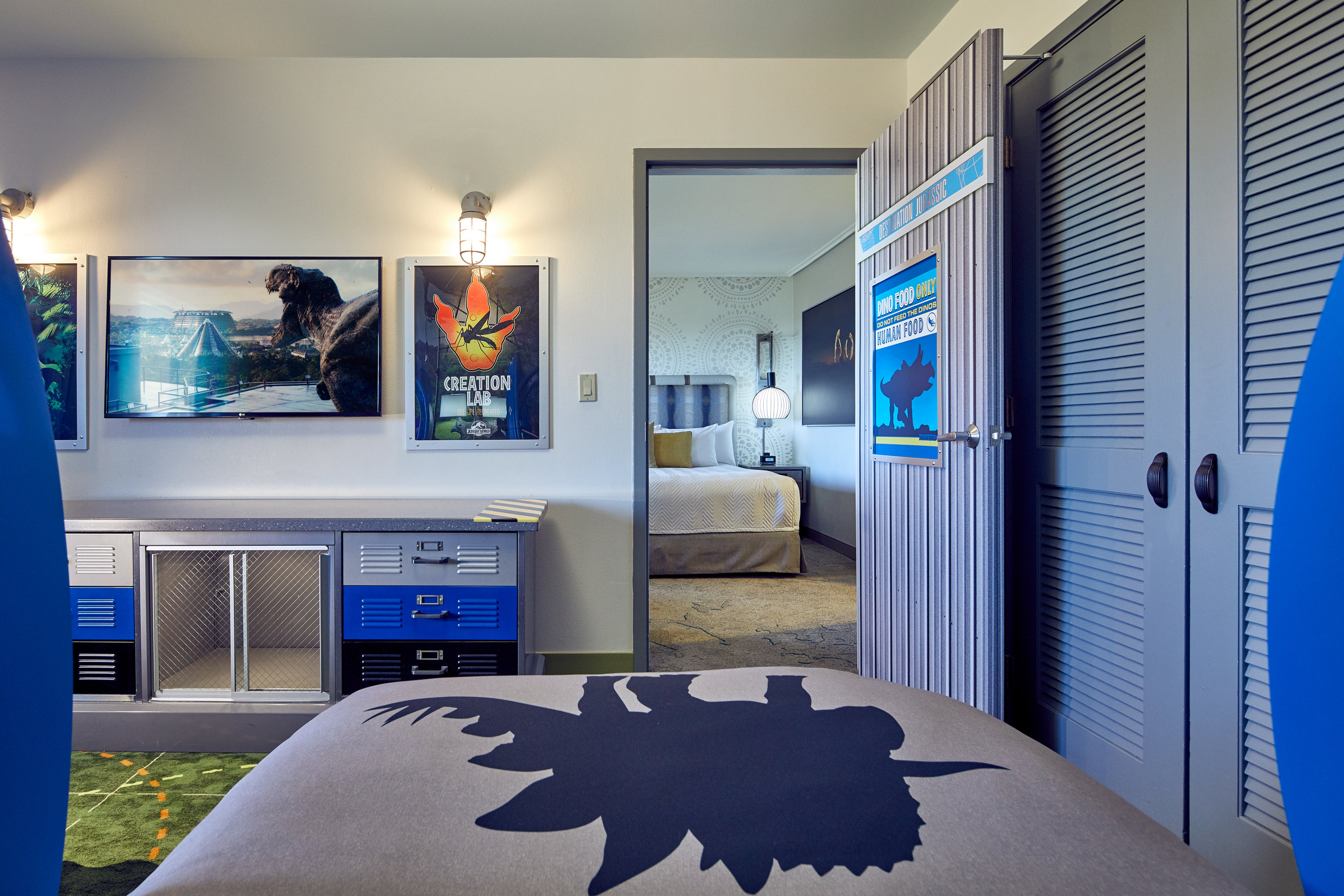 Now, you can take a prehistoric adventure 65 million years in the making by experiencing Jurassic Park inside Islands of Adventure and have your kids sleep among the dinosaurs in these new Jurassic World kids’ suites. One of the benefits of staying at Loews Royal Pacific Resort is that you’ll also receive a Universal Express Unlimited two-park pass for everyone in your party, which allows you to skip the regular lines on rides like Jurassic Park River Adventure.

And remember… If something chases you… run.