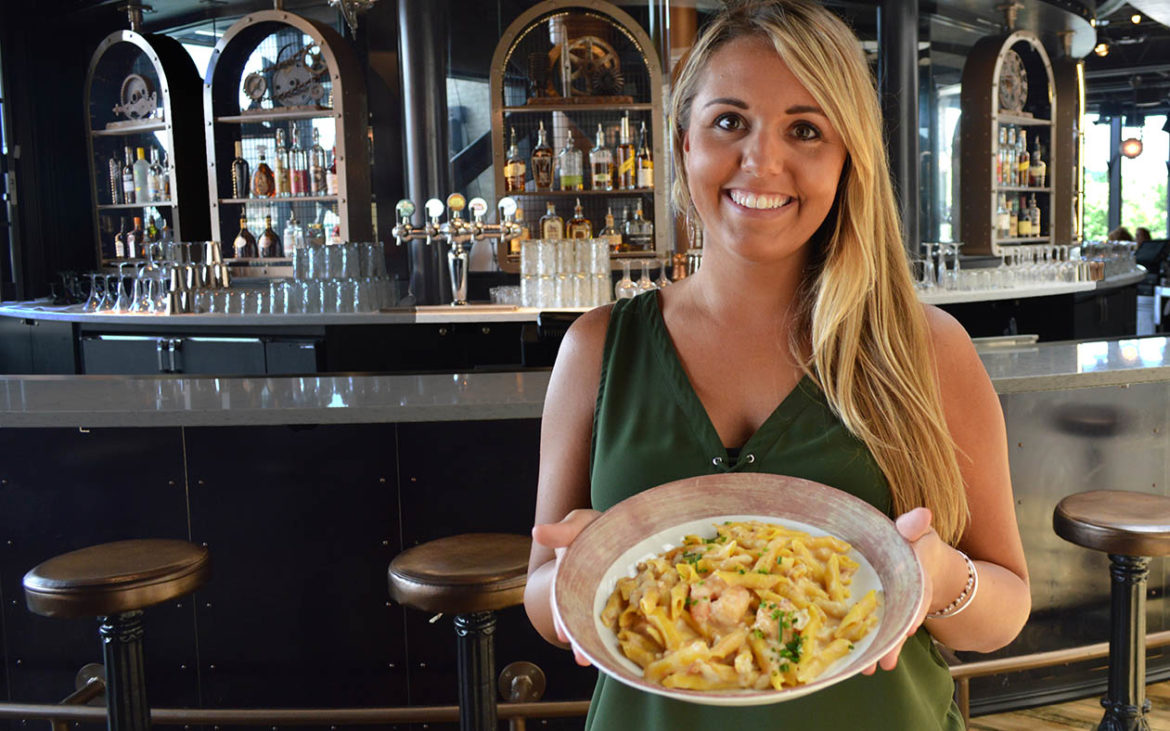 I LOVE macaroni and cheese. It has always been my absolute favorite food. I can’t get enough of the cheesy, gooey pasta dish.

For the purists out there, some of these dishes could be classified as a twist on the traditional macaroni and cheese. And some don’t use macaroni, but instead use different pasta as their base with a delicious cheese sauce. But it’s all mac and cheese to me.

Without further ado, here are some of the best macaroni and cheese at Universal Orlando Resort.

The newest park at Universal Orlando has incredible food selections, so I couldn’t wait to try the mac and cheese dishes. There are actually two options. The Jerk Shrimp Mac & Cheese is creamy with a kick while the Mac & Cheese is a classic original without the shrimp or spice.

Both were incredibly good. I personally preferred the classic, but the Jerk Shrimp one is a great option for those of you who like that kick in your mac and cheese. 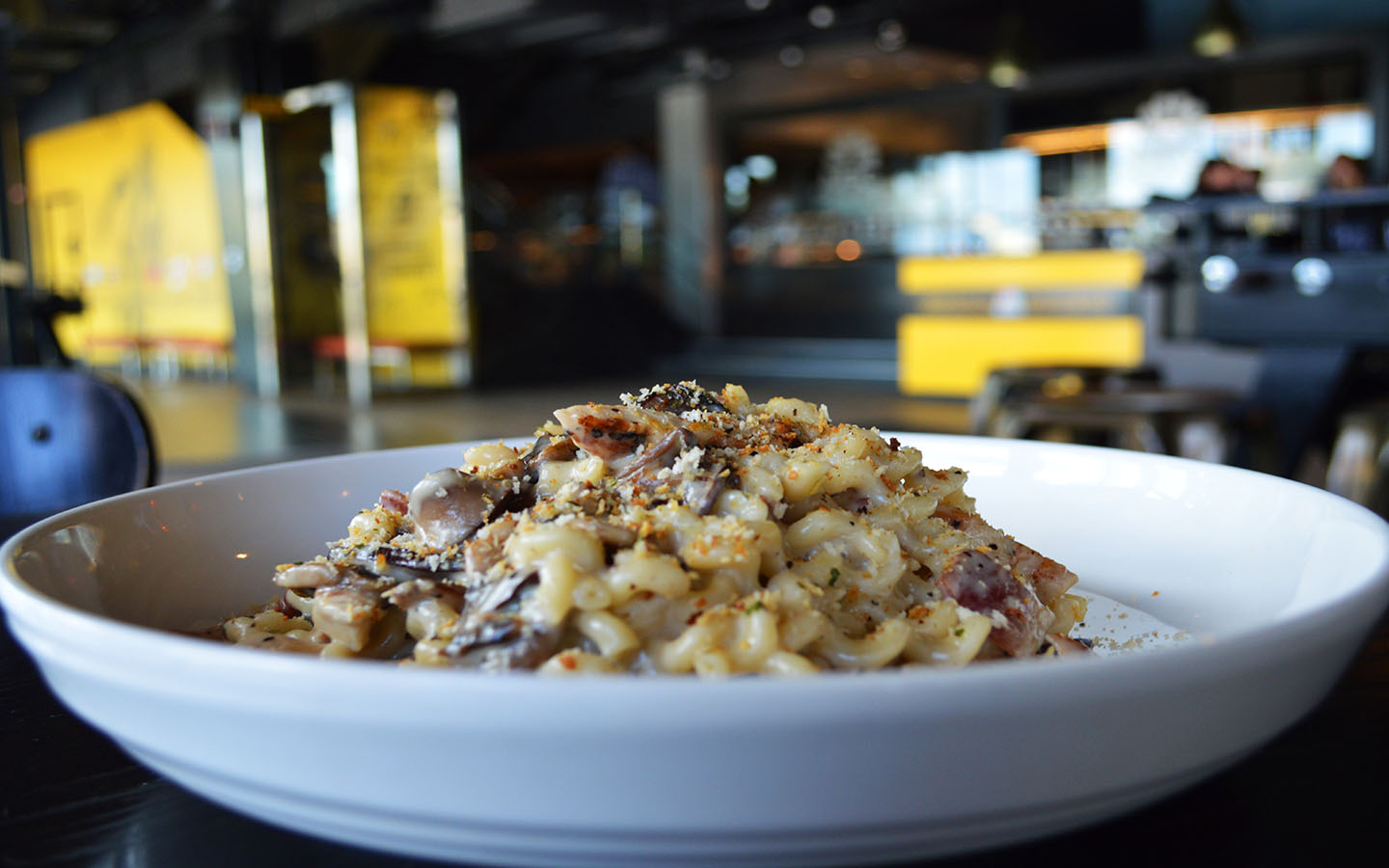 Featuring Fusilli pasta, bacon, grilled chicken, forest mushrooms, three cheeses and truffle oil, this delicious dish is anything but ordinary. The creamy pasta is topped with toasted herb bread crumbs that give it a great mix of both sauce and crunch. The Fusilli also provide great texture.

As a huge fan of the creamy mac and cheeses out there, this is my personal favorite. Plus, enjoying it in the casual sports-dining atmosphere of NBC Sports Grill & Brew with a foosball-game-in-the-table tops the experience. 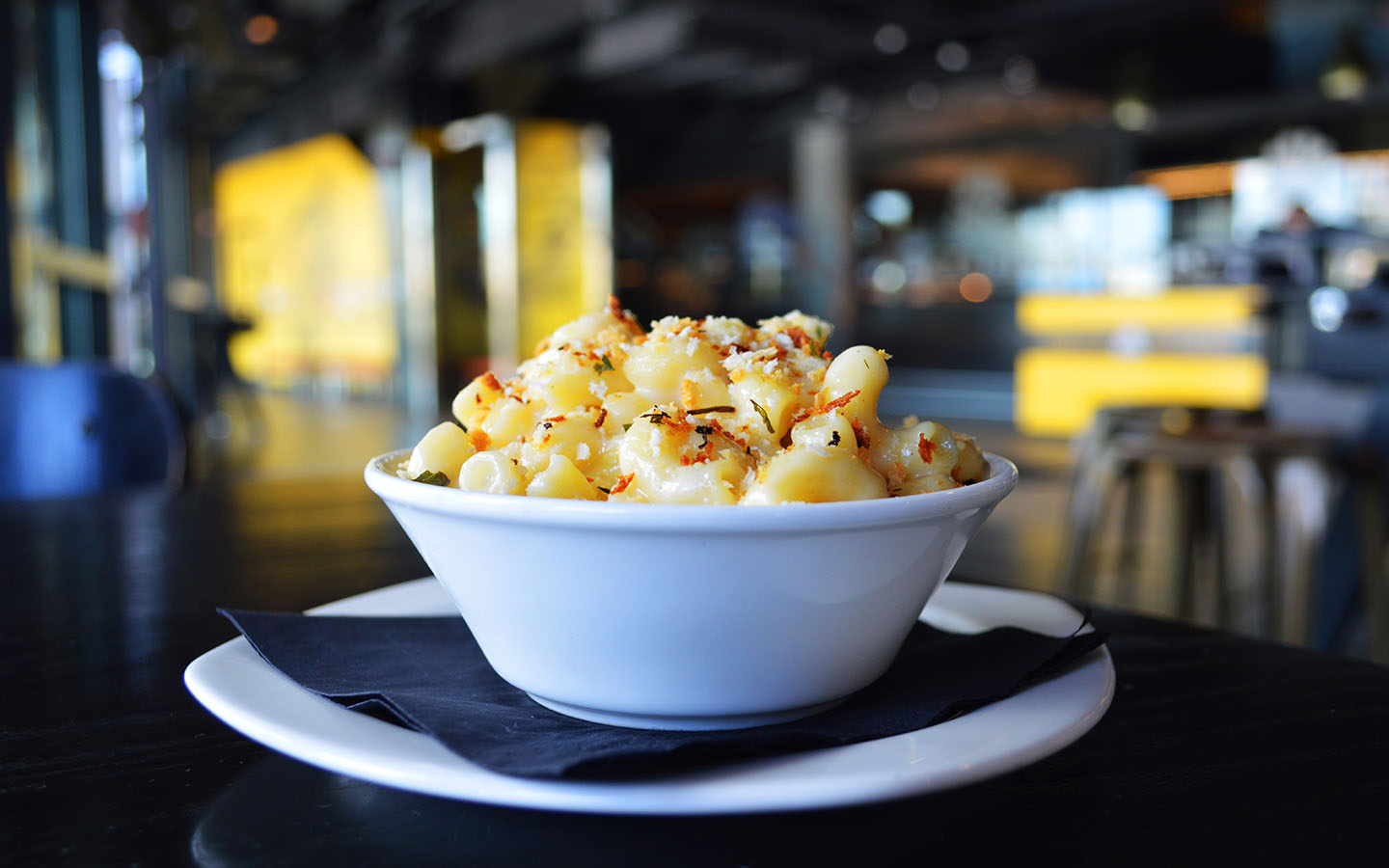 Insider Tip: If you’re not feeling like an entire entrée of mac & cheese (though I can’t imagine why you’d even think that), you can get a side of mac & cheese with your entrée. The side features macaroni, white cheddar cheese and toasted herb bread crumbs. It’s like a little side of heaven.

This cheesy pasta surprisingly doesn’t feature seafood despite the restaurant’s name. Instead, it includes tasty chicken, bacon, forest mushrooms and truffle oil. At first look, it seems very similar to the NBC Sports Grill & Brew dish, but the only cheese the two actually have in common is Parmesan. Lombard’s blends Cheddar and Boursin cheeses alongside the Parmesan for a unique flavor. 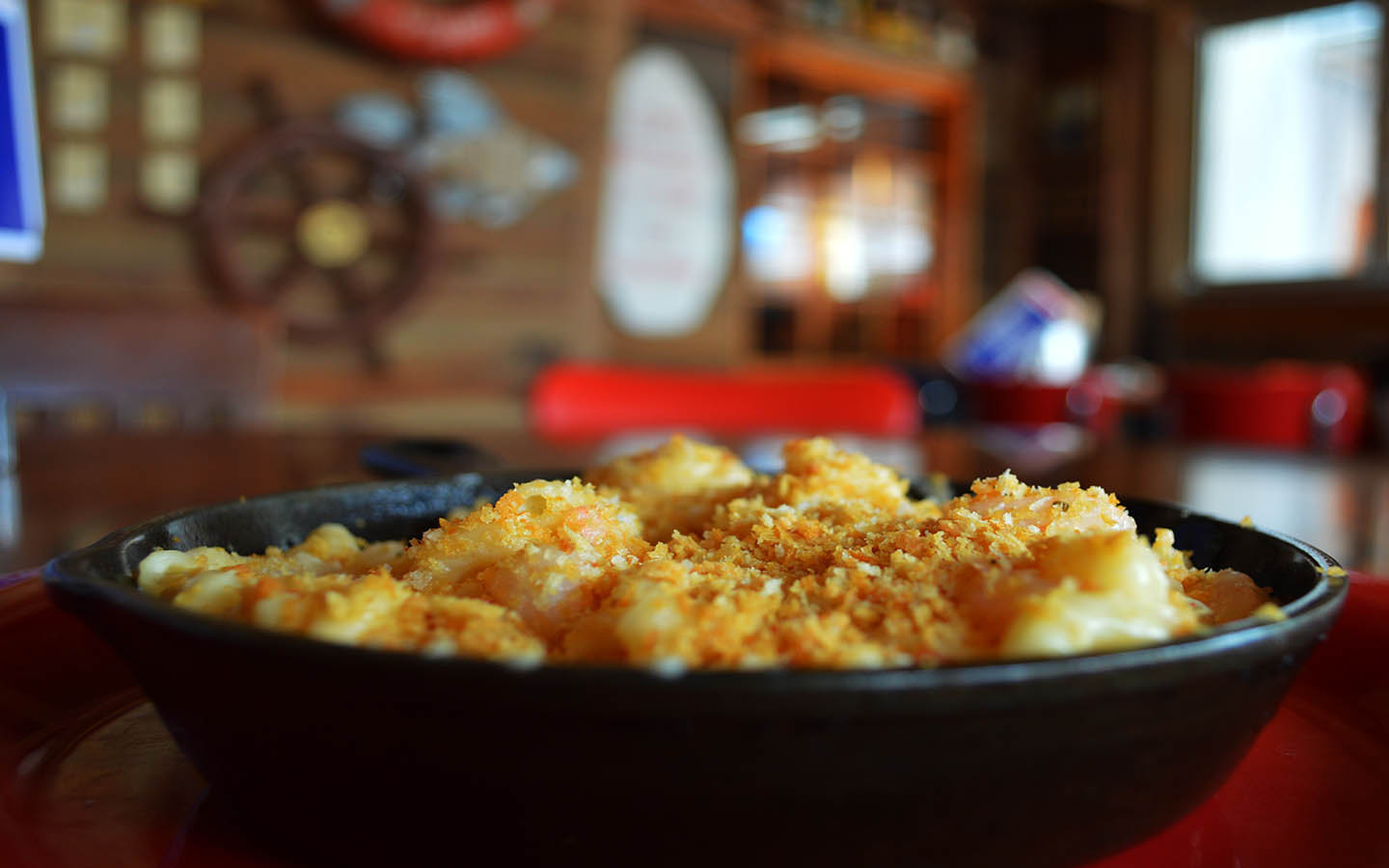 Served in a skillet, this Bubba Gump delectable dish features sautéed shrimp and lots of cheese – Cheddar, Monterey Jack and Parmesan. The shrimp is amazing and its flavor carries throughout the dish (obviously – Bubba knew a thing or two). Plus, they don’t skimp on the breadcrumbs. The cheese sauce is rather thin, so this is good for those of you who want less cheese. 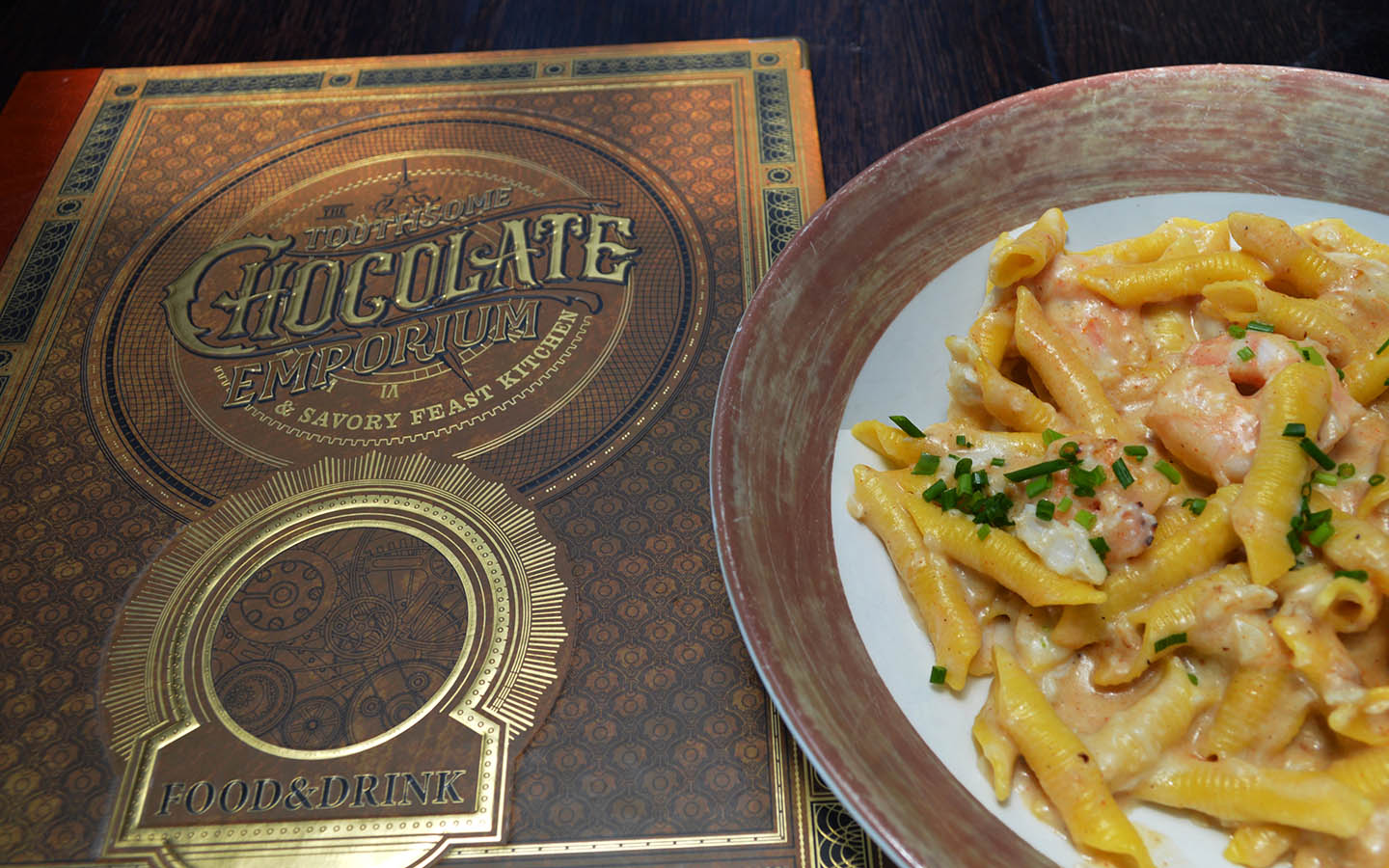 I was pumped to find that Universal CityWalk’s newest restaurant offered a mac and cheese—and I was not disappointed when I visited the steampunk-themed eatery. The al dente garganelli pasta has a great texture. The fontina Mornay sauce is tasty, but not too heavy. The shrimp and crab mix nicely.

Beware: this is spicy. I’m a plain Jane when it comes to spice, but for those of you who love the spicy mac and cheeses, this one’s for you.

Mac & Cheese at The Kitchen in the Hard Rock Hotel 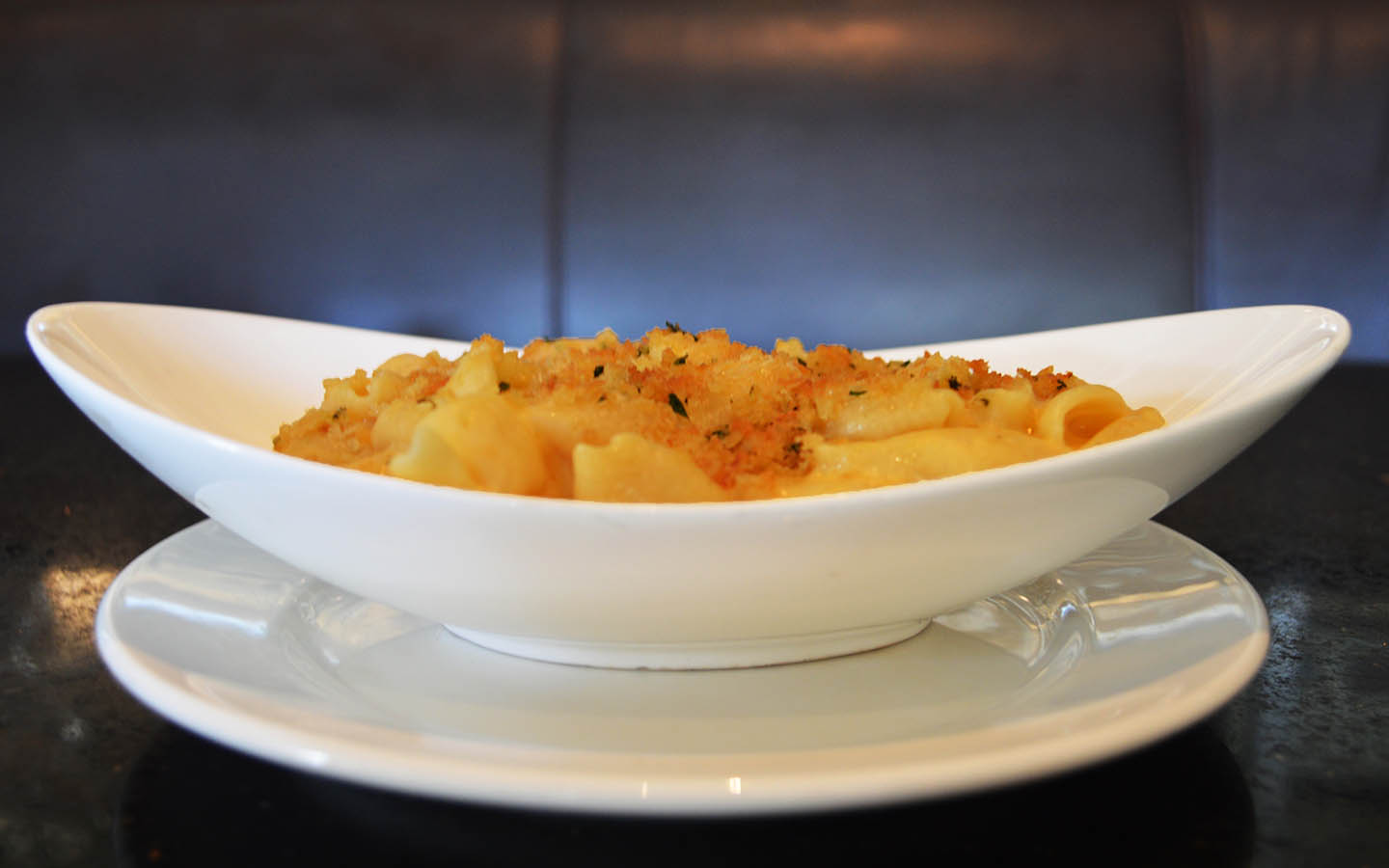 I love dining at the restaurants at Universal Orlando’s five on-site hotels. They’re so convenient after a day at the theme parks. The Kitchen’s mac and cheese is one of my favorites. They use pasta shells, which do a great job of holding three cheeses: Manchego, Monterey Jack and Cheddar. It’s super cheesy (meaning cheese-filled, not like a dad joke) and worth a try. 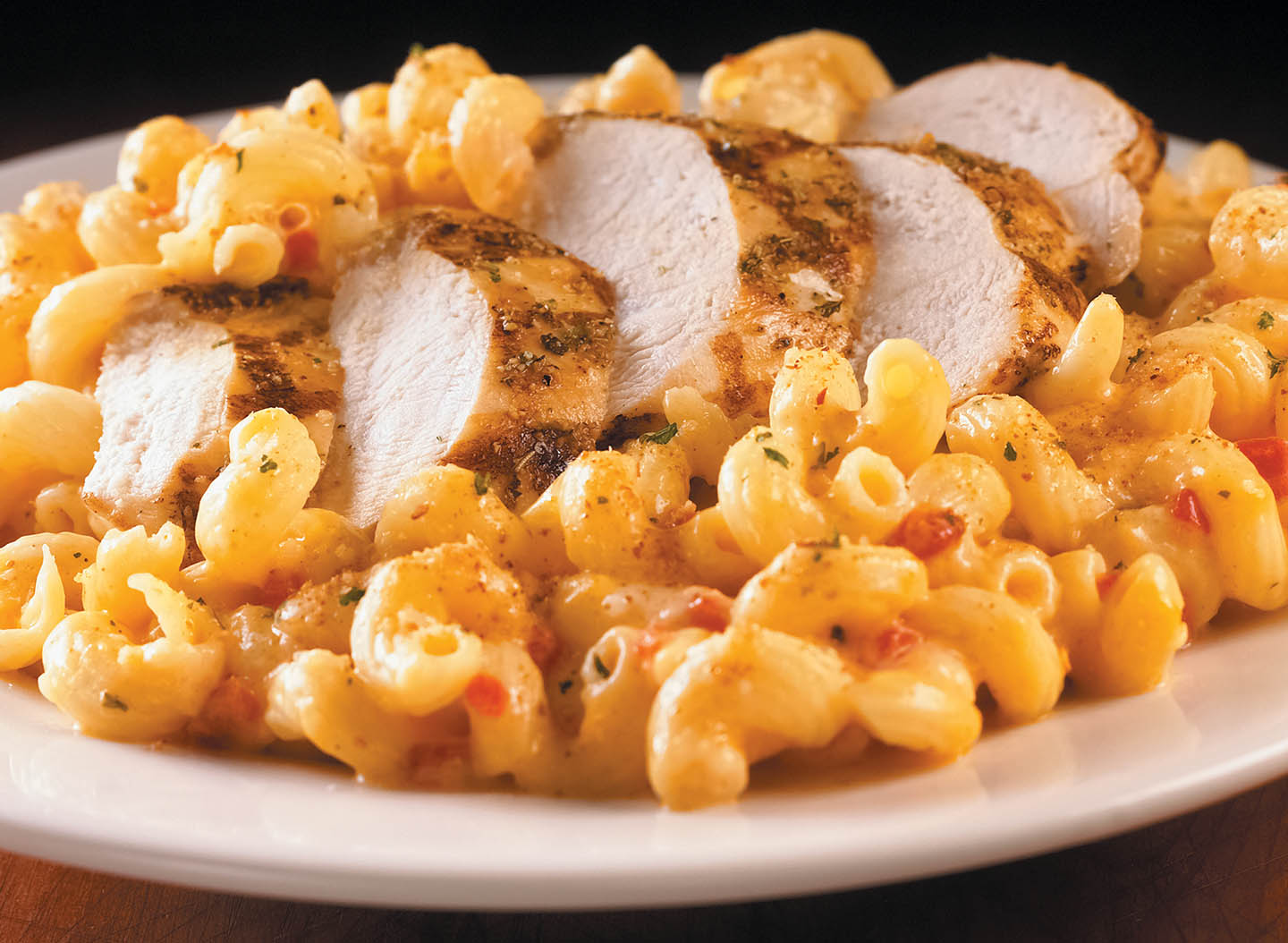 This Hard Rock Café cavatappi in a three-cheese sauce is epic. The grilled chicken compliments the extra cheesy sauce, and the Parmesan parsley bread crumbs provide a nice, subtle crunch. It’s amazing. Plus, it doesn’t hurt to rock out to some great music videos (I miss those) while enjoying this tasty mac and cheese.