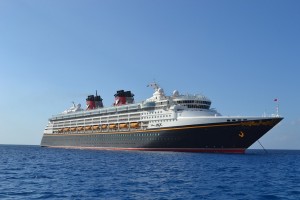 There’s some extra magic and pixie dust coming aboard the Disney Magic when the Disney Cruise Line ship relaunches this fall with new spaces. Here are some highlights you can look forward to on the renovated ship:

Disney’s Oceaneer Lab is a new pirate-themed area, for 3-to-12-year-old children. And, for the youngest cruisers – ages 3 months to 3 years – there’s a new It’s a Small World Nursery.

New Water Play Areas
The upper ship decks have been redesigned for plenty of splashtacular fun, including: Reinvented Dining Spaces
New restaurants and new technology are on the menu for the restaurants aboard Disney Magic.

New Nighttime Fun
The Disney Magic will offer big city-style fun in After Hours, the nighttime adult entertainment district, an all-new lineup of clubs including venues for dancing, comedy, music and variety shows

The renovated Disney Magic will also offer expanded spa options in an unmatched ocean-view environment, including an all-new Chill Spa for tweens, family fun in the new D Lounge, a majestic lobby makeover, and more!