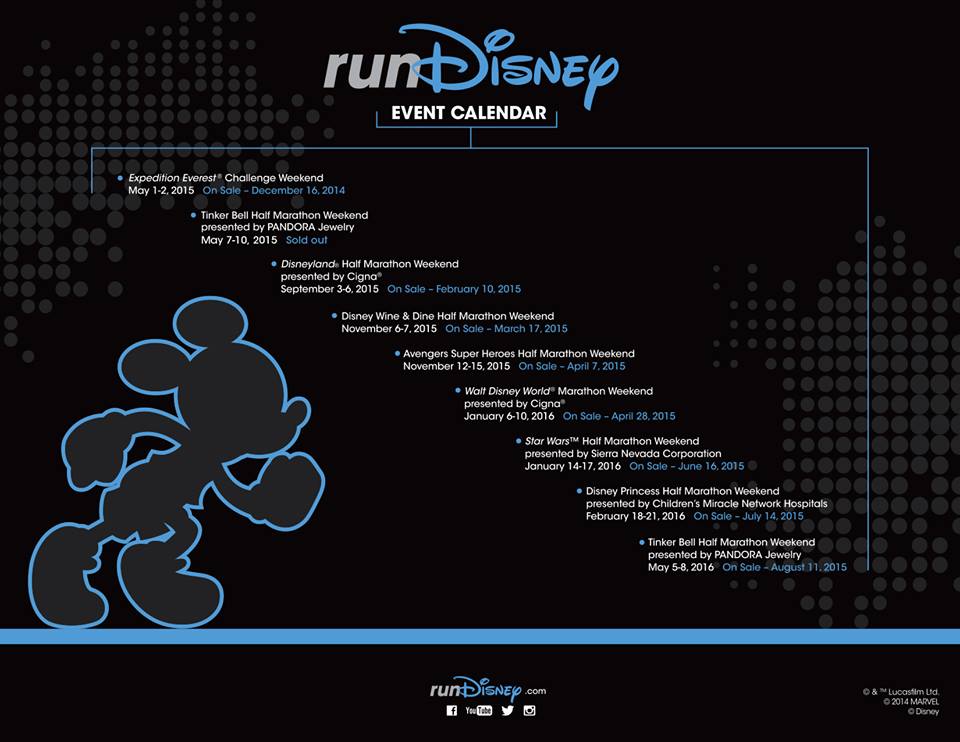 Disney has officially released the 2015 and 2016 runDisney race calendar with all of the incredible races that are planned at both the Walt Disney World Resort in Florida and the Disneyland Resort in California.

Are you running in one of these events? We have discounted rates available for just about every runDisney race at both Disney World and Disneyland! You won’t find these exclusive low rates anywhere else! Email siera@destinationsinflorida.com for more information.