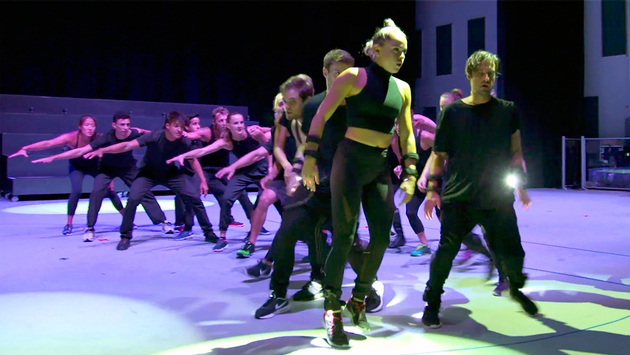 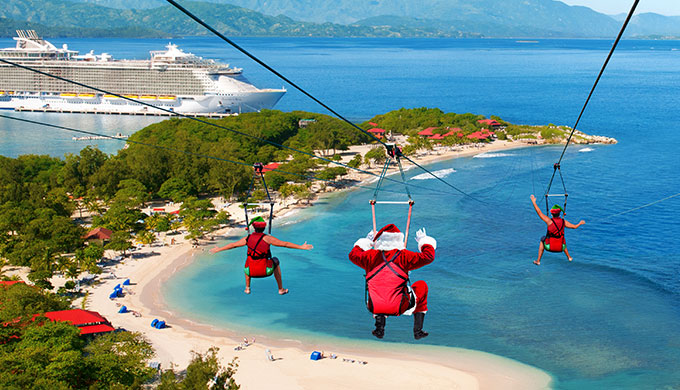 On ships offering the DreamWorks experience, even Shrek and Puss in Boots dress for the occasion. Family story time and movie screenings are even more special while sailing on a Royal Caribbean ship. The stateroom attendants can’t wait to show off their folding skills with some new towel animals.

Christmas onboard brings roasted Vermont turkey with a savoury apple and chestnut stuffing and festive drinks. During Hanukkah, order a traditional brisket with potato pancakes, apple sauce and sour cream. You can keep traditions from home, eat cookies with Santa and have a hot chocolate while watching a movie.

The season is brought to life with traditional events on December’s festive season voyages. See Santa Claus in a parade, take photos with him, and join in with the festivities. The entire family can build ornaments and decorate cookies. Don’t forget to drop off your letter to Santa in the promenade.

Once at sea, you can stock up on all the gifts and gift packages you need with special festive deals that you can only get on our cruises. Save on all onboard shops and be the first to snag a bargain when we countdown to our festive shopping events. Best of all: shop duty-free!

Attend religious services at sea on all cruises sailing during Hannukah and Christmas. Services are performed by rabbis, priests and reverends, so you don’t have to miss the reason for the season.

Plus, if you book your cruise with us by October 31, you will receive an onboard credit!

Check out some of the exciting new features you will find on Royal Caribbean’s Quantum of the Seas:

Quantum of the Seas will be sailing from its home port of Cape Liberty in Bayonne, New Jersey. The ship will sail on a range of itineraries throughout the Caribbean and the Bahamas, including Royal Caribbean’s very own private beach paradise of Labadee and CocoCay. You can enjoy a 12 night Southern Caribbean cruise, 7 or 8 night Bahamian cruise, and 11 or 8 night Eastern Caribbean cruise.

Siera is a travel agent with Destinations to Explore and would love to help you plan your next cruise vacation! Request a free, no obligation quote on the right side of the page or email spreadingmagic@gmail.com!