Disney finally made the official announcement that an AVATAR-inspired land will be coming to Disney’s Animal Kingdom in the next few years. Disney has stated that this “partnership and combination of talent and imagination would produce an experience unlike any other ever created.”

Disney is working with James Cameron as well as Lightstorm Entertainment to bring the land of Pandora from the movie “AVATAR” to Disney’s Animal Kingdom at the Walt Disney World Resort in Florida. Disney’s Imagineers at Walt Disney Imagineering are working to make Pandora a real place for you to see, hear, and touch.

In the world of AVATAR, you will find awe-inspiring floating mountains and experience a nighttime jungle of bioluminescent plants that are alive with both light and sound. You can even discover what it feels like to soar into the sky riding a Banshee. 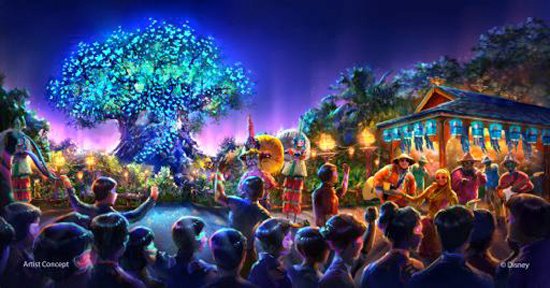 What do you think of the changes coming to Disney’s Animal Kingdom?

Siera is a Disney travel specialist and would love to help you plan your next Disney World vacation so you can experience all of exciting new additions at the theme parks. Request your free, no obligation quote on the right side of the page or email spreadingmagic@gmail.com.