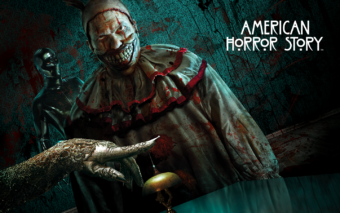 Since this fantastic series began, Universal has been watching and calculating how – if ever given the chance – they would translate it into a haunted experience. The most engaging aspect of American Horror Story is the fact that every season is a completely new storyline, with brand new environments and characters, not unlike Halloween Horror Nights.

First, Universal needed to decide how to capture all of that content into a single house. The uber-maze or larger template Universal has adopted, most recently with their popular 25th Anniversary maze last year, was the most ideal format.

You’ll be confronted by the horrors that reside within the walls of the newly bought Harmon residence and evade the abominations that call its basement home.

You’ll witness the atrocities that befell many of the unfortunate souls of a roadside Freak Show and encounter Twisty, a maniacal and deformed clown performer.

Lastly, you will check into the Hotel Cortez and unlock the domain of The Countess, as she ensures your stay is anything but pleasant.

These three seasons will be vividly recreated in every detail – environments characters and moments. Universal has even worked extremely close with the series creator, Ryan Murphy and 20th Century Fox, to insure it captures the series in every way possible.

This reveal rounds out the most eclectic slate of brands we’ve ever had. Combined with Universal’s original content houses, scare zone, and show slate, Halloween Horror Nights 26 is looking to be one for the books.

You won’t want to miss this year’s event so make sure to book your Universal Orlando vacation and grab your tickets now!