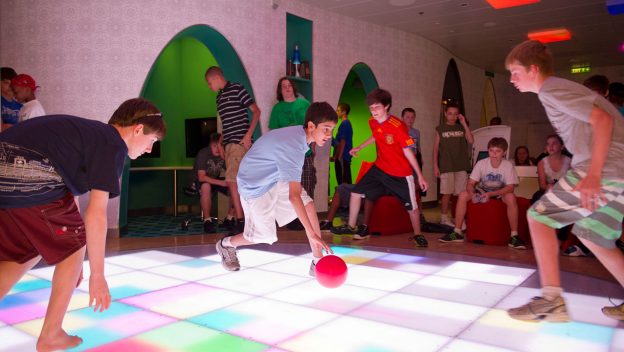 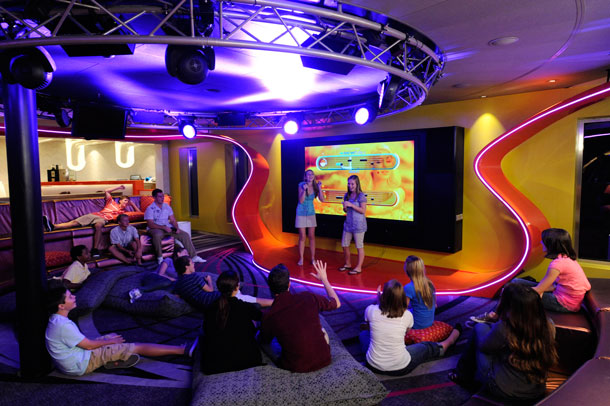 On all four Disney ships, there are really cool spaces designed specifically for these age groups. Both Edge (ages 11-14) and Vibe (ages 14-17) feature high-tech entertainment and offer fun group activities hosted by youth counselors throughout the cruise. Here’s a glimpse at some of the fun your tweens and teens can expect on your family cruise vacation… 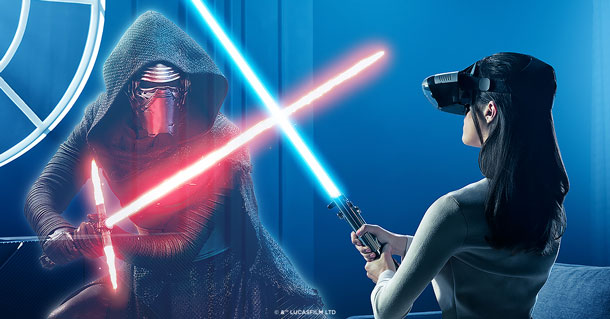 Star Wars: Jedi Challenges – Tweens and teens can now have virtual Star Wars battles in both Edge and Vibe. This new augmented reality experience created by Disney and Lenovo lets you train and battle as a Jedi across six planets from the Star Wars universe. You can also compete in Holochess, the ultimate game of concentration and strategy. Using a smartphone-powered AR headset and a Lightsaber Controller modeled after Rey’s lightsaber, Jedi Challenges allows you to experience Star Wars in ways never before possible. Parents, be sure to stop by Edge and Vibe during Open House to try it yourself!

Disney Dance Camp – Exclusively on the Disney Fantasy and Disney Magic, tweens and teens can take the spotlight on the center stage. After dancers from our Broadway-style musicals teach them a choreographed number, family and friends are invited to see the new stars perform on stage.

The Lion King Experience Starring You! – Another exclusive to the Disney Fantasy and Disney Magic, tweens with dreams of being a star can learn and perform selections from the Broadway musical “The Lion King” during their time in Edge. Hakuna Matata!

Vibe Movie Makers – In Vibe, teens learn the skills of movie making. Whether the teens are on screen or behind the camera, they are sure to have fun making a one-of-a-kind movie based on the best of Disney.

Flash Mob – Teens on the Disney Fantasy, Disney Magic and Disney Wonder have the chance to learn a flash mob dance, themed to “Pirates of the Caribbean,” “Frozen” or “Aladdin.” After practice makes perfect, they’ll perform it for other guests on the cruise.

Descendant’s Den DJ Spin Off – Exclusively in Edge, tweens have Descendants-style fun with DJ lessons, games, singing, dancing, a photo booth and plenty of other fun.

These special activities are in addition to the fun available all throughout the cruise, such as dance parties, video gameplay, movies, karaoke and other group games. Edge and Vibe are the perfect spots for teens and tweens who want a little independence. With comfy couches, large-screen TVs and other chill-out necessities, the trendy and tranquil areas offer a getaway for tweens and teens to set their own vacation agenda—whether being a part of the group fun or just hanging out with new friends.