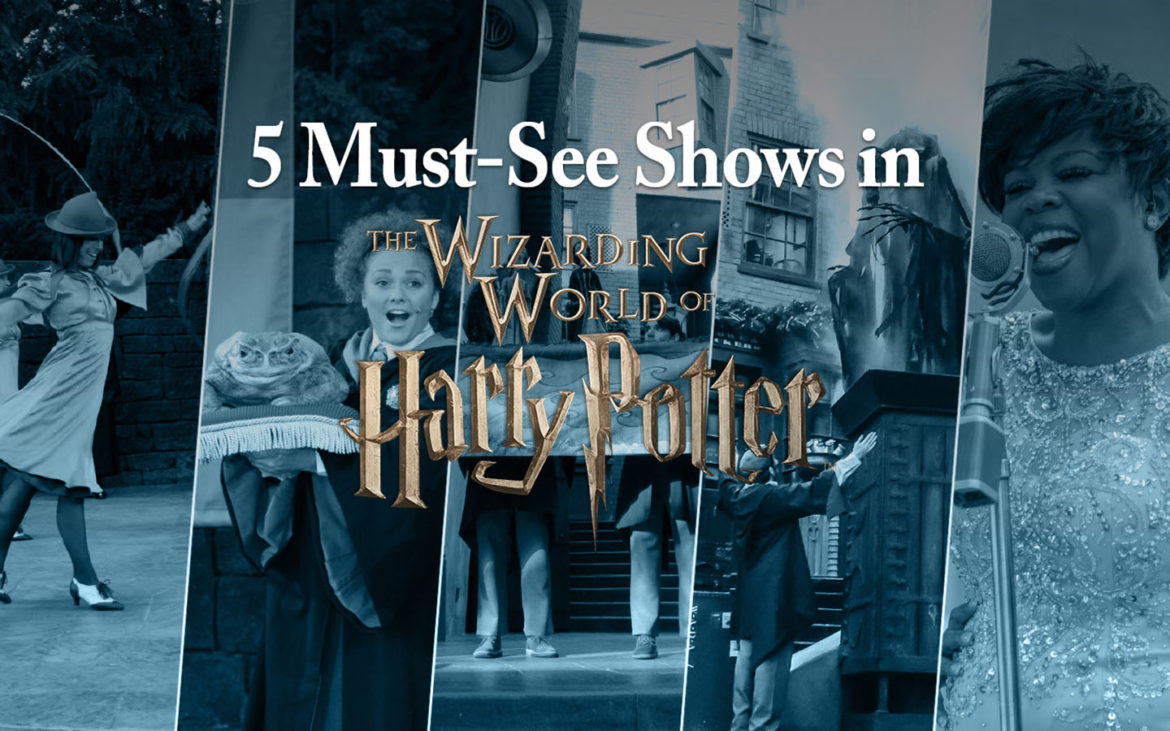 When most people think of The Wizarding World of Harry Potter at Universal Orlando Resort, they think rides, robes, and copious amounts of delicious Butterbeer. Those are, of course, some of my favorite things. But they’re far from all there is to experience.

One of my favorite things to do is to kick back for a bit and watch one of the five Wizarding World of Harry Potter shows in Diagon Alley or Hogsmeade. (Usually with Butterbeer in hand though, let’s be real.)

Here’s a quick look into each show that you won’t want to miss. 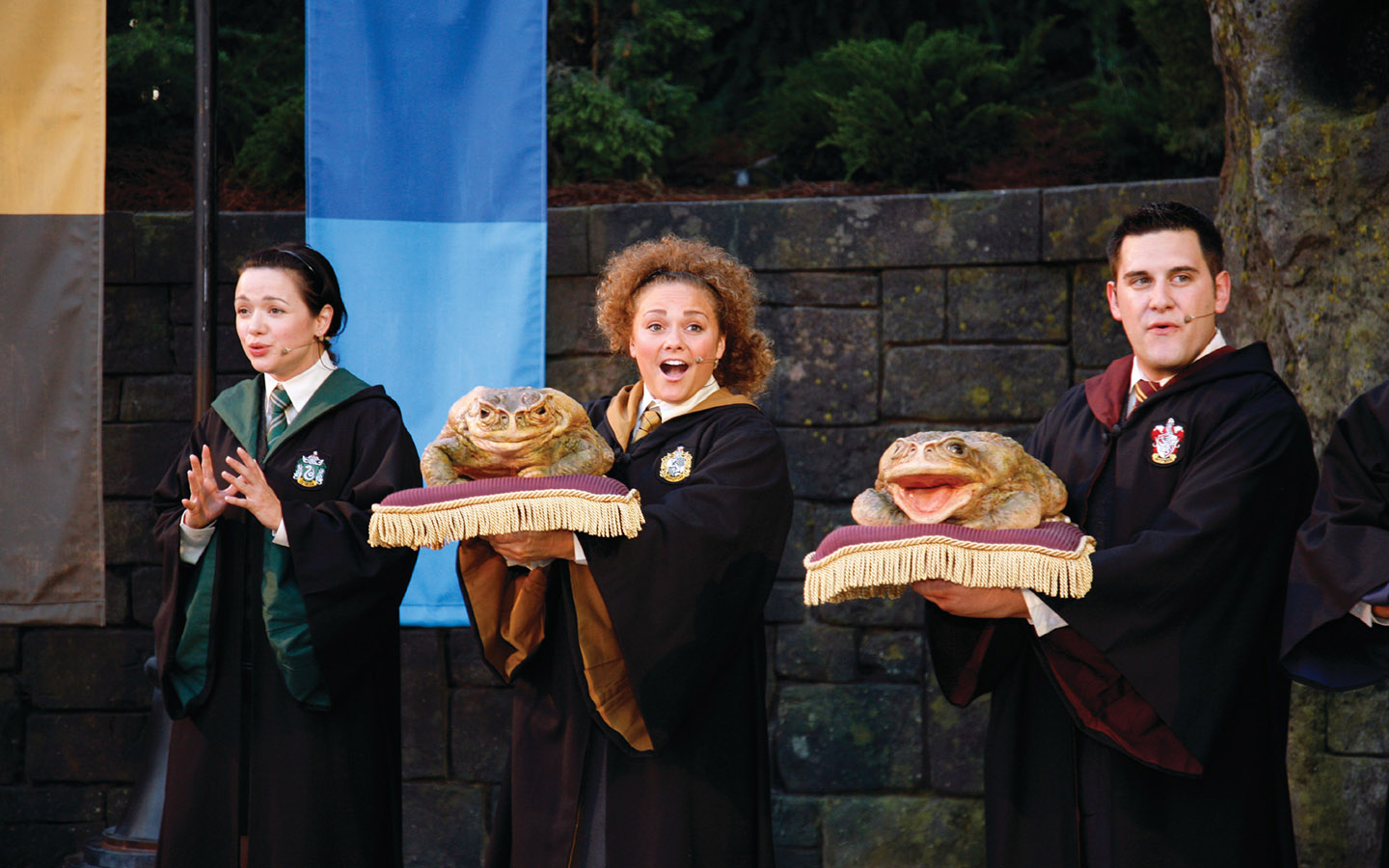 It’s just like your high school a capella choir, except with, ya know, several frogs filling in the bass section. This choir, performing at Hogsmeade in Universal’s Islands of Adventure, has a representative from each of the four Hogwarts houses and some soothing ribbits that will be sure to get stuck in your head all day. What more could you want?

Celestina Warbeck and the Banshees: 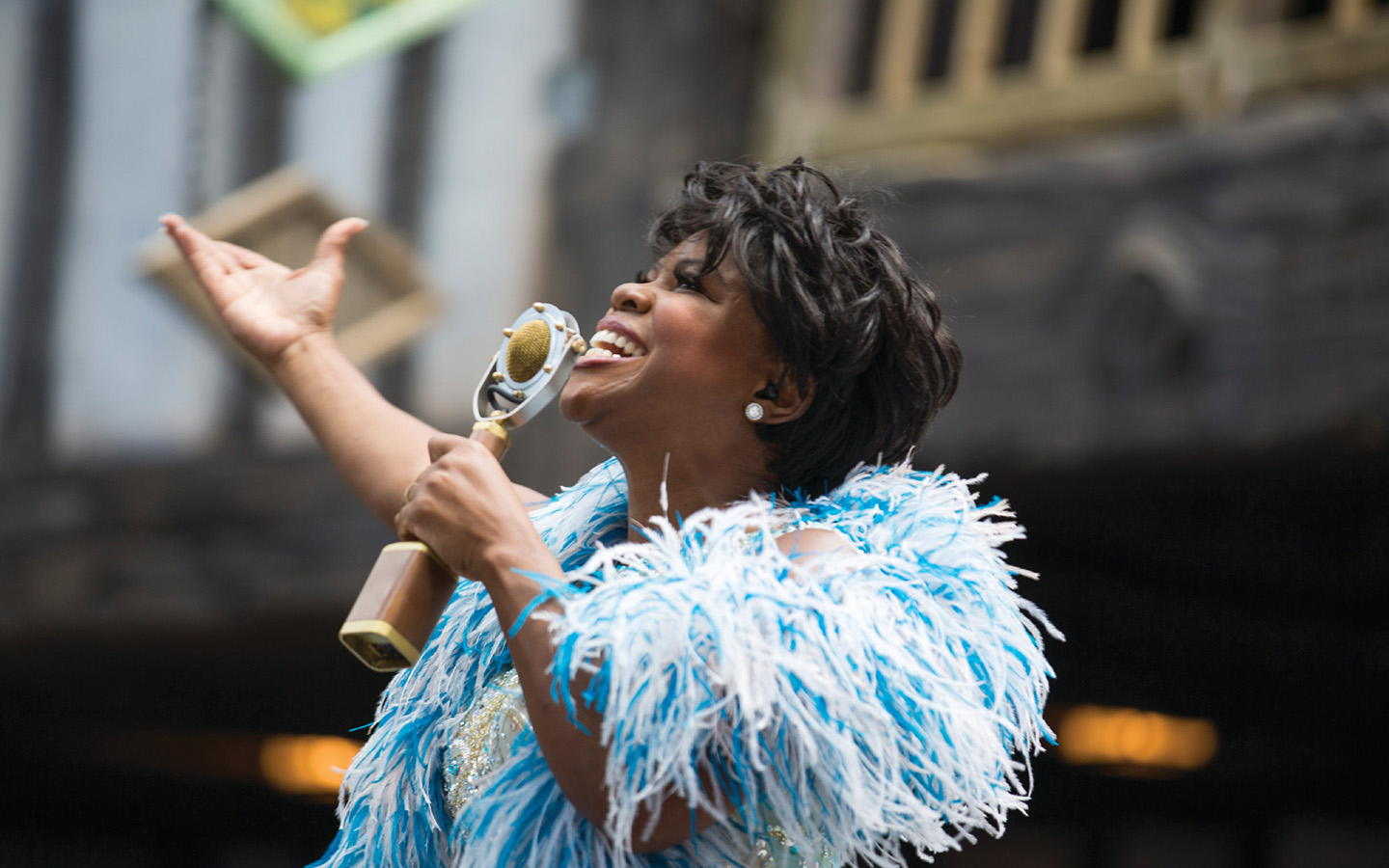 You might know the sensational Celestina Warbeck as Molly Weasley’s favorite singer. But anybody who’s seen her live in The Wizarding World of Harry Potter – Diagon Alley in Universal Studios Florida knows she’s SO much more than that. I dare you to not dance along to her live show. 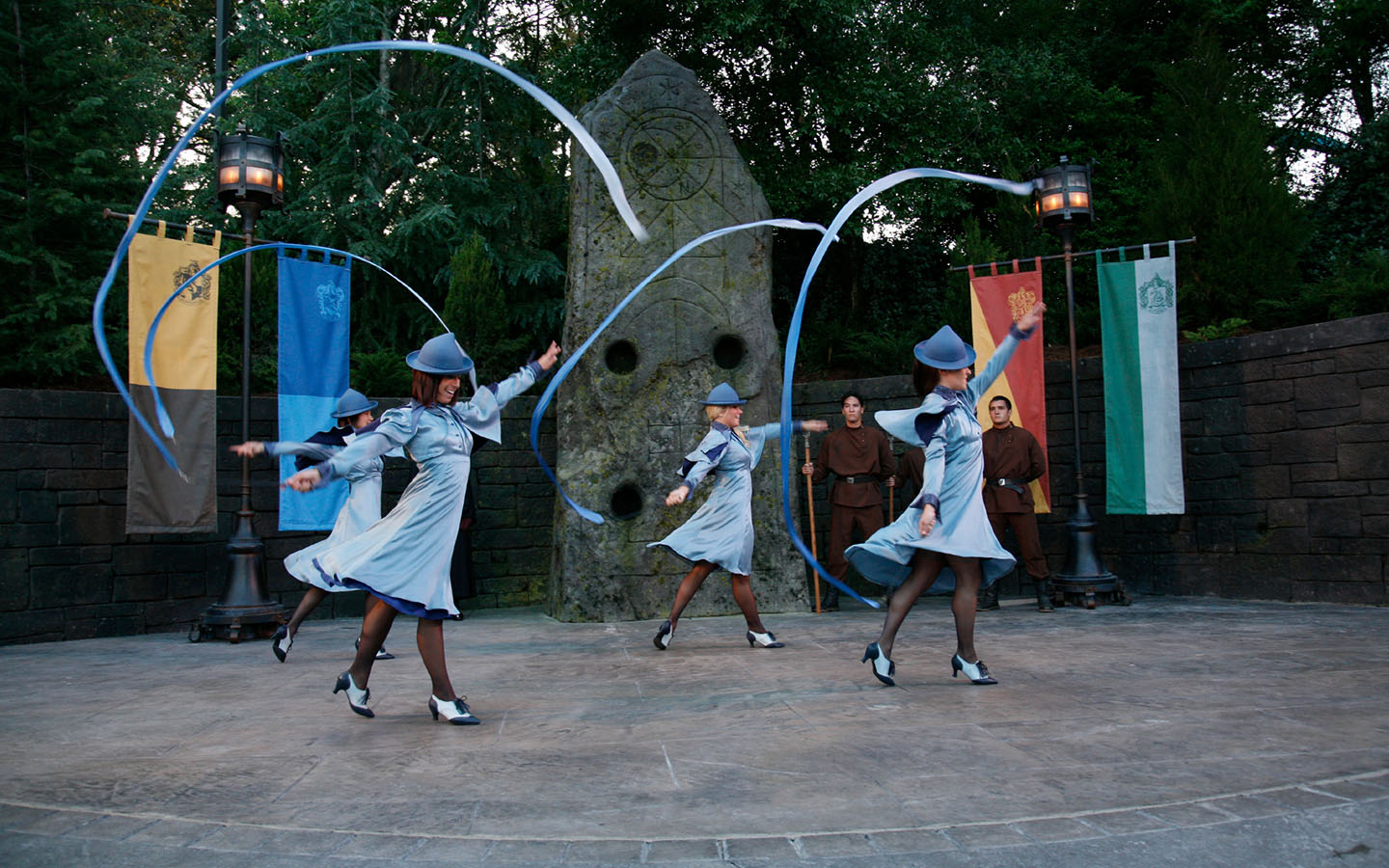 We have spirit for the Triwizard Tournament at The Wizarding World of Harry Potter – Hogsmeade where students from Hogwarts, Beauxbatons, and Durmstrang lead the excitement in celebrating their international magical cooperation. It’ll have you wishing your school was this cool.

The Tales of Beedle the Bard: The Tale of Three Brothers 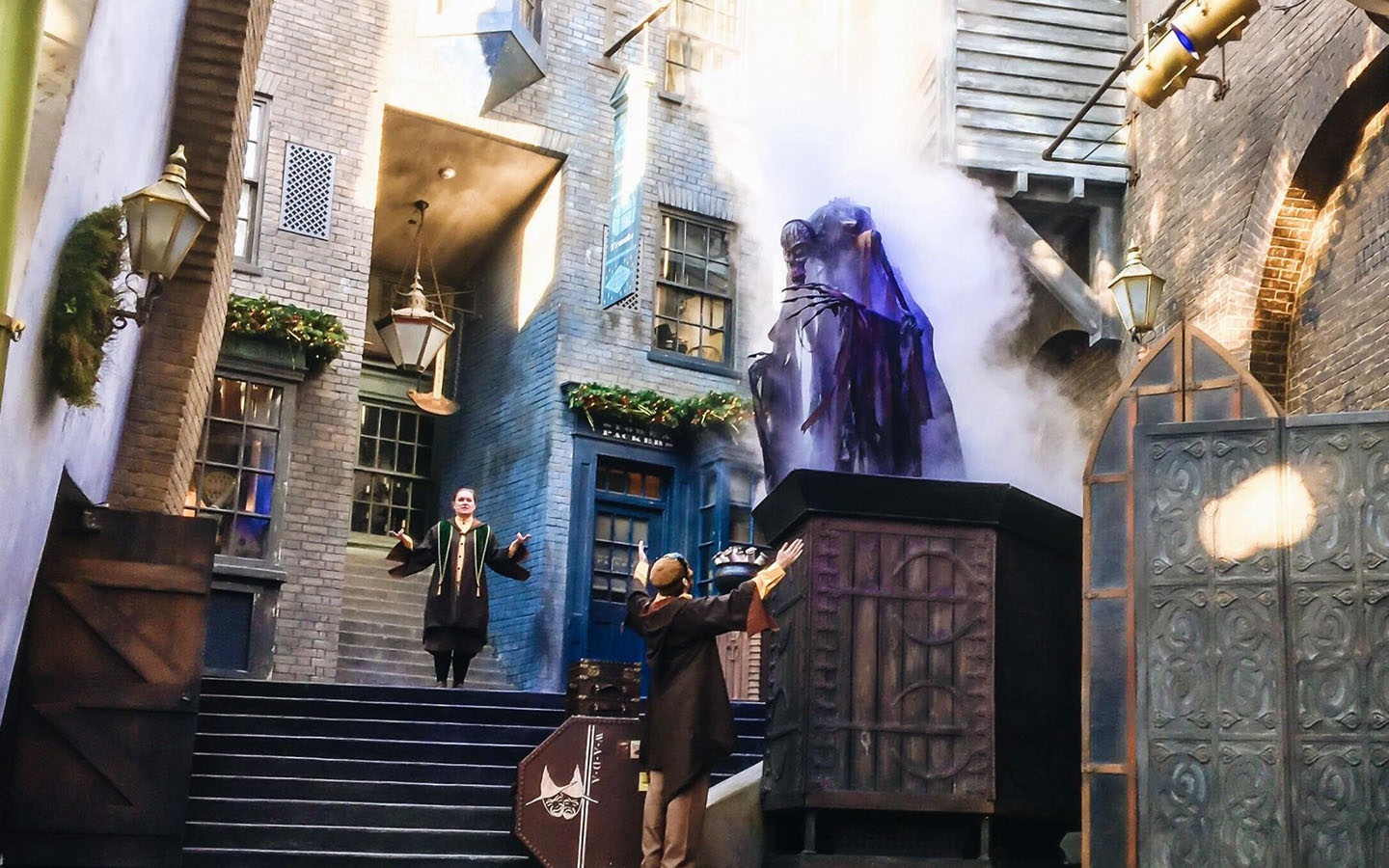 Ah, the theater! There’s nothing quite like relaxing in Diagon Alley as students from the Wizarding Academy of Dramatic Arts perform two storiesfrom The Tales of Beedle the Bard. You’re probably familiar with The Tale of Three Brothers from the Deathly Hallows, but you’ve never seen it quite like this. Watch as the story comes alive featuring props designed by Emmy-award-winning designer Michael Curry.

The Tales of Beedle the Bard: The Fountain of Fair Fortune 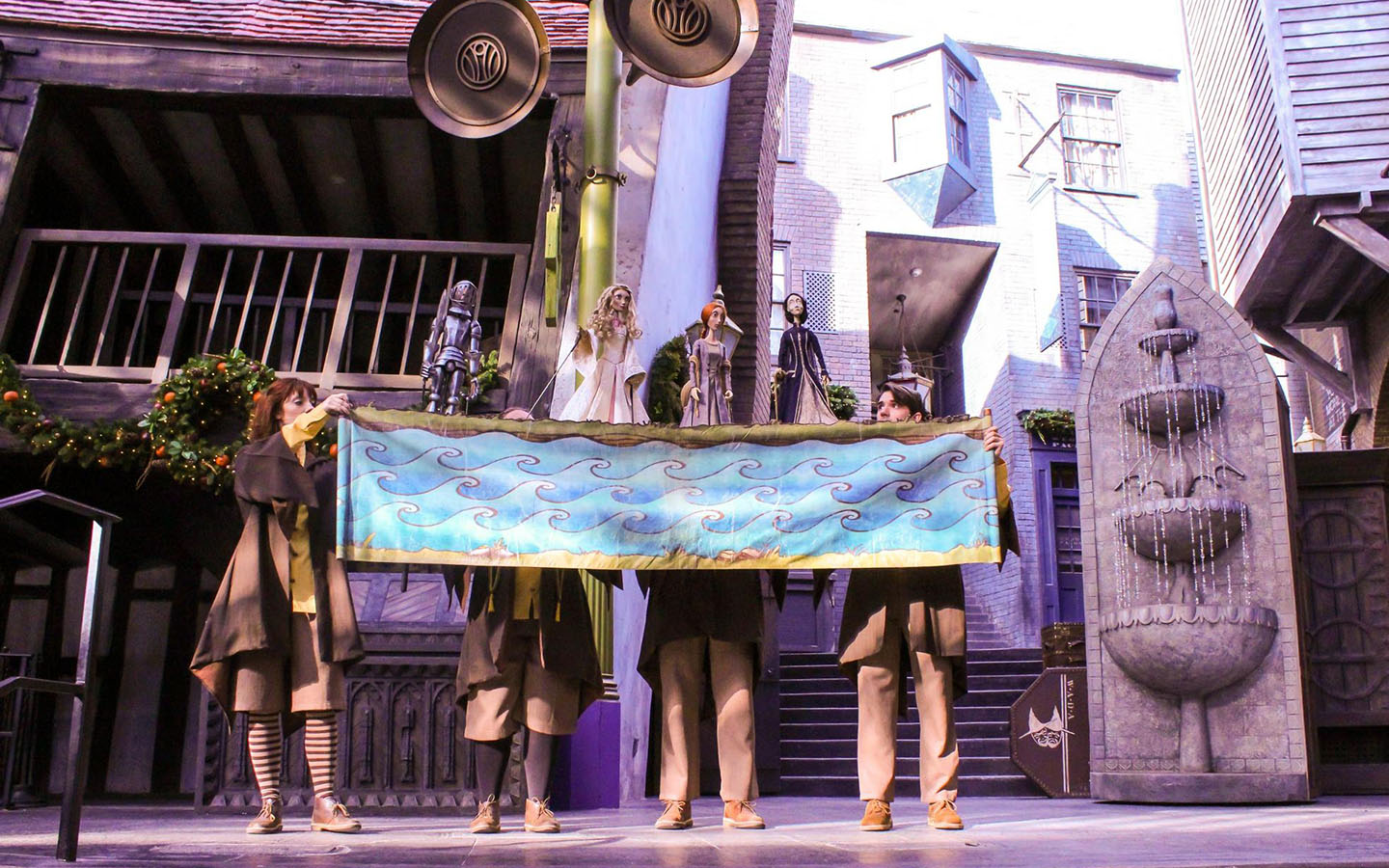 The second Beedle the Bard fable you can catch the Wizarding Academy of Dramatic Arts performing in Diagon Alley is The Fountain of Fair Fortune. Much like The Tale of Three Brothers, this show also features some seriously impressive puppets, and even more impressive performances by our local Diagon Alley theater troupe.

What’s your favorite show at The Wizarding World of Harry Potter? Tell us in the comments below. See you at a future show!