If you’ve ever been to the Walt Disney World Resort, then you already know how delicious the food is. There are so many more choices than “typical” theme park food like hamburgers and hot dogs. If you are looking for something different to try on your next vacation, check out our list of the top five comfort foods at Disney World: 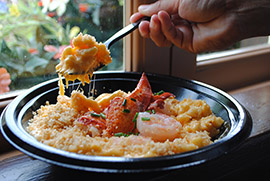 Another great choice at Columbia Harbor House is the chicken pot pie which is filled with white meat chicken, vegetables, and gravy, and then topped with crunchy breadcrumbs. 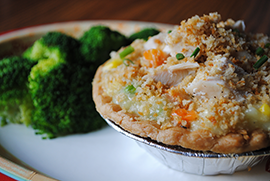 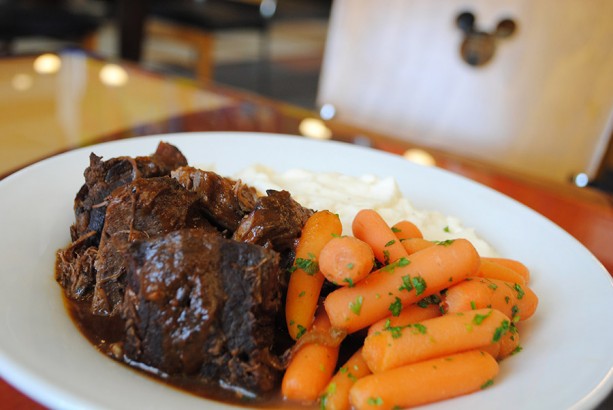 You can enjoy a tender beed pot roast served with vegetables and mashed potatoes with gravy at Contempo Café in Disney’s Contemporary Resort. Another great place for pot roast is 50’s Primetime Cafe at Disney’s Hollywood Studios. (Let’s be honest, you won’t go wrong with anything you order at 50’s Primetime Cafe!) 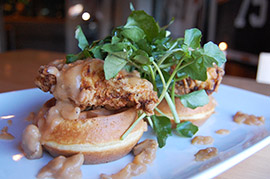 Disney also has a modern twist on classic chicken and waffles at ESPN Club at Disney’s Boardwalk Inn. You can order jalapeno-cornmeal waffles, topped with buttermilk fried chicken and chicken gravy.

If you aren’t big on spicy foods, they also have a new barbecue pulled pork grilled cheese sandwich that is served on thick-cut brioche. 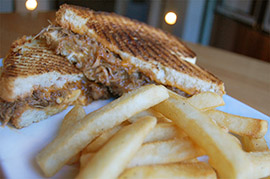 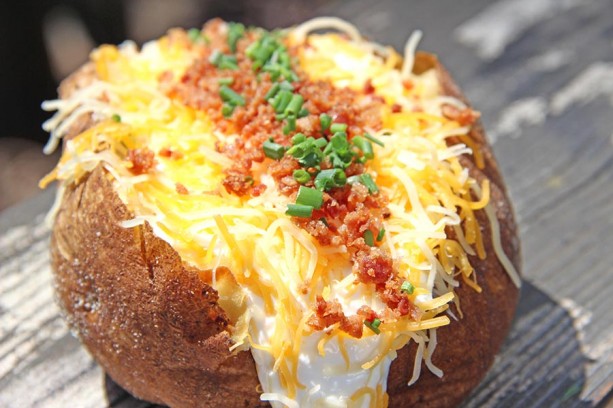 One of the best places to order a baked potato is Sassagoula Floatworks and Food Factory at Disney’s Port Orleans Resort – French Quarter. They offer four loaded baked potato meals. You can have your baked potato topped with barbecue pork; broccoli, cheddar, and bacon; chili and cheese; or chicken, bacon, and cheddar. 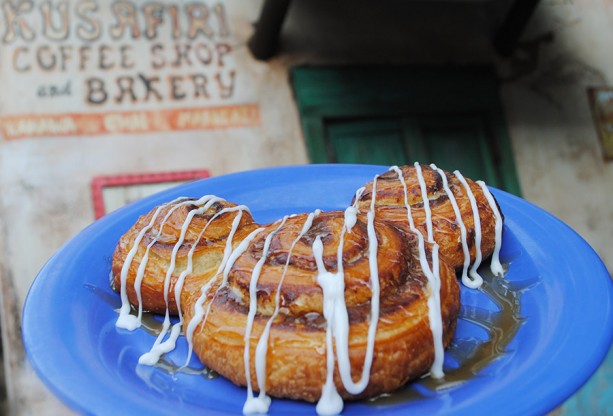 You can get some delicious cinnamon rolls at a few places in Disney World. Gaston’s Tavern at Magic Kingdom is pretty popular, but another great choice is at Kusafiri Bakery in Animal Kingdom. They have this incredible Mickey-shaped cinnamon roll that is drizzled with caramel sauce and icing.

Siera is a Disney travel specialist. She would love to help you plan your next vacation at no cost to you. Plus, she is happy to make your dining reservations for you! Request your free, no obligation quote on the right side of the page or email siera@destinationsinflorida.com for more information.