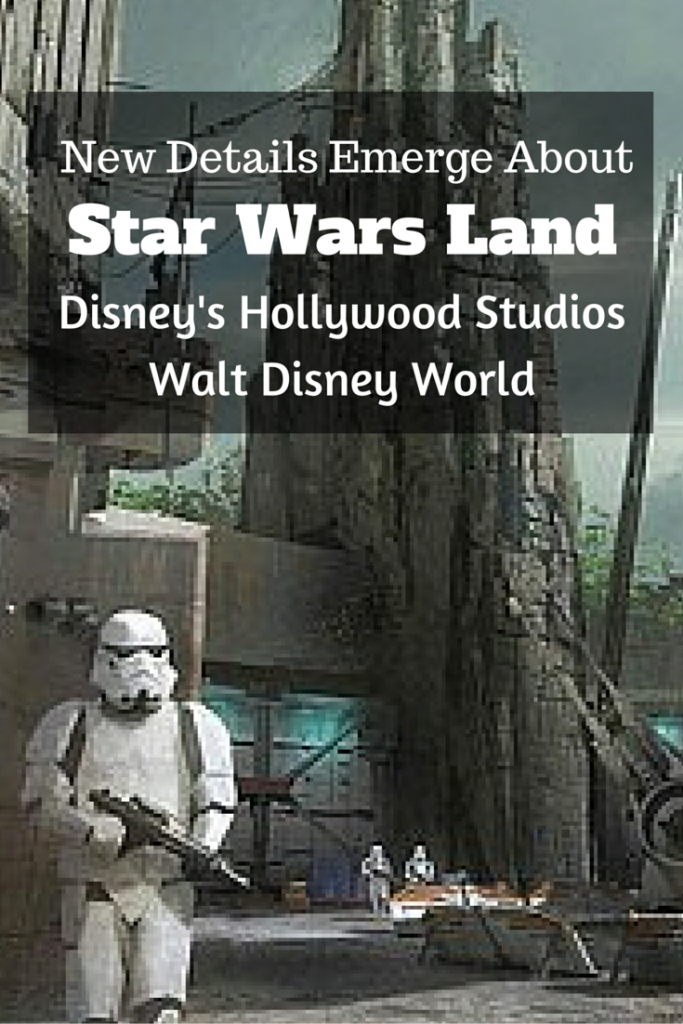 I’m sure by now you’ve heard that Disney is developing Star Wars Land at Hollywood Studios. However, have you heard all of the exciting details planned for this incredible expansion?

What Newest Developments Have Emerged About Star Wars Land?

Star Wars-themed lands will be coming to Disneyland park in Anaheim, Calif., and Disney’s Hollywood Studios in Orlando, Fla., transporting guests to a never-before-seen planet, a remote trading port and one of the last stops before wild space where Star Wars characters and their stories come to life. 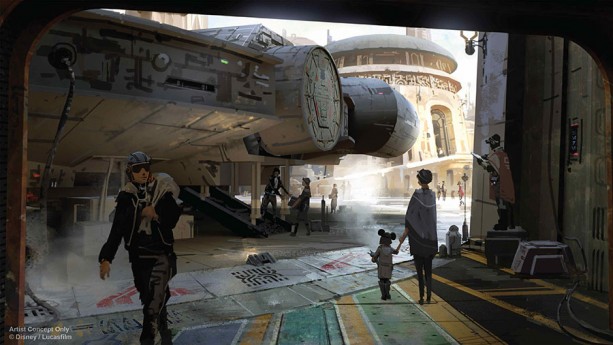 There will be two signature attractions, including the ability to take the controls of one of the most recognizable ships in the galaxy, the Millennium Falcon, on a customized secret mission, and an epic Star Wars adventure that puts guests in the middle of a climactic battle.

Inside these authentic lands, guests will be able to step aboard The Millennium Falcon and actually pilot the fastest ship in the galaxy, steering the vessel through space, firing the laser cannons, in complete control of the experience. And with the arrival of the First Order to the planet, guests will find themselves in the middle of a tense battle between stormtroopers and Resistance fighters.