As the famous Walt Disney quote says, “It all started with a Mouse” – and today we’re celebrating that Mouse on his 92nd birthday. So, today, we wanted to share 15 fun facts about Mickey Mouse:

Mickey Mouse made his official film debut on November 18, 1928, in the film “Steamboat Willie,” and has since become a famous face at Disney Parks around the world.

In honor of today’s milestone, here are 15 fun facts about Mickey Mouse you may not know: 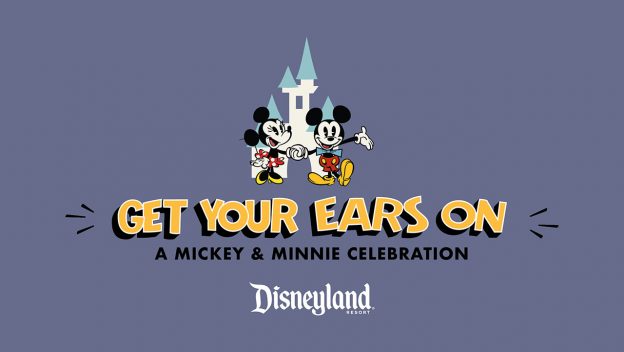 To commemorate 90 years of Mickey Mouse, the Disneyland Resort will kick off 2019 with Get Your Ears On – A Mickey and Minnie Celebration!

Starting January 2019, guests will be invited to the biggest celebration of Mickey Mouse and Minnie Mouse in Disneyland history. Get Your Ears On will celebrate the beloved Mickey and Minnie, with exciting new entertainment and décor at Disneyland park, plus limited-time food and beverage offerings and festive event merchandise.

Here’s how Disneyland will be celebrating: 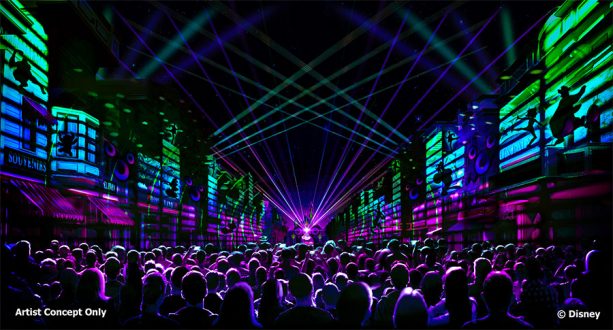 “Mickey’s Mix Magic”: The night will light up at Disneyland park with a new high-energy projection show, celebrating Mickey Mouse and creating a family-fun dance party atmosphere throughout the park. State-of-the-art projections, lighting and lasers will transform Main Street, U.S.A., the water screens of the Rivers of America and the façade of “it’s a small world” into a colorful, dazzling array of sights and sounds, with “DJ” Mickey spinning dance-tastic twists on favorite Disney melodies. And on select nights, “Mickey’s Mix Magic” will go sky high when the show is enhanced with the addition of fireworks. “Mickey’s Mix Magic,” will debut on Jan. 18.

“Mickey’s Soundsational Parade“: This popular parade returns with a rockin’ new opening to kick off the party—Mickey Mouse will lead the way in a new larger-than-life opening, inspired by classic Mickey pull toys. Chip ‘n’ Dale will arrive with a giant celebration cake, as Mickey leads a whimsical musical procession of Disney characters. “Mickey’s Soundsational Parade” returns to Disneyland park on Jan. 25.

Valentine’s Month: Celebrate the love of Mickey Mouse and Minnie Mouse during Valentine’s month! Disneyland park will feature lovely, festive Valentine’s décor, including a new Mickey Mouse flower “portrait” on Main Street, U.S.A. Guests may also choose to partake in Minnie’s Valentine Surprise, a special scavenger hunt experience in Disneyland park. Once guests have purchased a commemorative map and stickers at select merchandise locations, they may search for the hidden valentines that Minnie has left for Mickey around the park. Valentine’s Month at Disneyland park kicks off Jan. 22 through Feb. 18.

Food, beverage, merchandise and more: Specialty food, beverage, novelty items and merchandise will be available for a limited time, including “classic” Mickey- and Minnie-shaped foods with new festive twists, exclusive Get Your Ears On-themed treats and Valentine-inspired specialty items. In addition, limited edition celebration merchandise will be available for all ages, including apparel, pins, plush, and of course, Mickey and Minnie ears.

Join us at the Disneyland Resort as we celebrate 90 years of magic with the legendary duo that started it all!

This year, Disney Parks are honoring America in style by celebrating the Fourth of July 2013 with a little Limited Time Magic!

From July 1 to July 7, 2013, the Disney Parks on each side of the country are ringing in Independence Week—a red, white and blue bash where both the Disneyland Resort in California and the Walt Disney World Resort in Florida will be saluting our nation’s birth.

Some of the Limited Time Magic at Disney Parks will include a special fireworks spectacular, when Independence Week lights up—from sea to shining sea!

Catch the American Spirit at the Disneyland Resort
You can meet Mickey Mouse and more during Independence Week at the Disneyland Resort! Head into Disneyland Park to snap a picture with Mickey, who will be sporting all-American attire each evening at Town Square in Main Street, U.S.A. Then, you can put on a pair of illuminated Mouse Ears and “Glow with the Show” during inspirational performances of both “Disney’s Celebrate America! A Fourth of July Concert in the Sky” at Disneyland Park, as well as a patriotic pre-show to “World of Color” at Disney’s California Adventure Park.

Join the Festive Fun at Walt Disney World Resort
You will shout “Hooray!” each day at Walt Disney World Resort as Goofy, Donald and Pluto spread the “Spirit of ’76” on Main Street, U.S.A. in the Magic Kingdom. You can join the trio as they introduce the “Celebrate a Dream Come True” Parade with a rousing new pre-show, featuring the Main Street Philharmonic and the Citizens of Main Street, in addition to Walt Disney’s historic horse-drawn calliope. You won’t want to miss this flag-waving, song-and-dancing celebration of the United States!

Collect Classic Americana Disney Merchandise
Commemorate what makes America great during Independence Week with a proud assortment of flag-waving merchandise! Be on the lookout for star-spangled souvenirs, including red, white and blue Mickey T-shirts, patriotic trading pins, light-up star necklaces and even costumes for Duffy the Disney Bear, colored just for the occasion at both Disney parks.

Indulge in Desserts as American as Apple Pie
Discover the spirit of America with delicious desserts at the Disney Parks!

Take a tour of Walt Disney World Resort and find irresistible offerings in each of the four parks. Stop by StoryBook Treats at Magic Kingdom to try out the Red, White and Blue Strawberry Shortcake. Or, experience a flavor explosion at Disney’s Hollywood Studios, Disney’s Animal Kingdom Park or Downtown Disney area with the Fourth of July Cupcake, complete with Apple Pie filling, Caramel Buttercream and Apple Crisp Topping. For even more sweets, pop into Epcot for a Skillet-baked Peach Cobbler with Vanilla Whipped Cream or the Red, White and Blue “Baked Alaska” Mousse.

Want all the best the West Coast can offer your taste buds? Head into Disneyland Park at the Disneyland Resort and savor the Red, White and Blue Mason Jar Desserts at Carnation Café. For other sorts of sweets, enjoy Patriotic Cotton Candy, Apple Pie Pockets or Fourth of July Cupcakes. Each one of these candies and cakes can be found right inside several Main Street Shops!

Siera is a Disney travel specialist and would love to help you plan your next vacation at no cost to you. Contact her at spreadingmagic@gmail.com for more information!