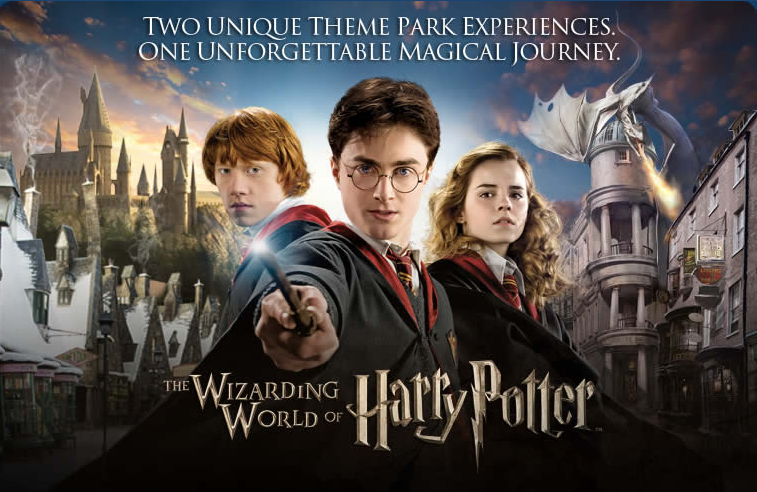 The Wizarding World of Harry Potter™-Diagon Alley™ is coming to the Universal Orlando® Resort next summer. In 2014, there will be two unique theme park experiences to bring even more of Harry Potter’s journey to life like never before! You will be able to enjoy Hogwarts castle and the streets of Hogsmeade at Islands of Adventure and the brand new London’s Diagon Alley at Universal Studios. Plus, you can ride the Hogwarts™Express between Hogsmeade™ and King’s Cross stations when you have a Park-to-Park Ticket.

The brand-new Diagon Alley will be hidden behind a facade of London landmarks. You will be able to explore some of the most famous shops and establishments in the magical world of Harry Potter. Then, you can discover an innovative new ride inside of the goblin-run Gringotts bank.

Islands of Adventure at Universal Orlando is already home to The Wizarding World of Harry Potter- Hogsmeade. Here, you can stroll through Hogsmeade™ village and visit Honeydukes™ and other wizarding shops. You can grab a bite to eat at the Three Broomsticks™ or try a frothy Butterbeer™ at the Hog’s Head™ pub. If you’re feeling brave, you can try to take on the Hungarian Horntail or Chinese Fireball on the exciting Dragon Challenge™ roller coasters, or enjoy a more leisurely ride on Flight of the Hippogriff™. Then, you can explore the corridors of Hogwarts™ castle and even fly with Harry on the groundbreaking ride, Harry Potter and the Forbidden Journey™.

Siera is a travel agent with Destinations in Florida, 2010, 2011 & 2012 Universal Studios Travel Agency Partner of the Year. She would love to help you plan your next vacation at no cost to you! Request a free, no obligation quote on the right side of the page or email spreadingmagic@gmail.com for more information. 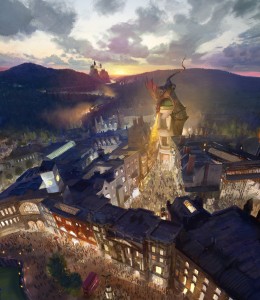