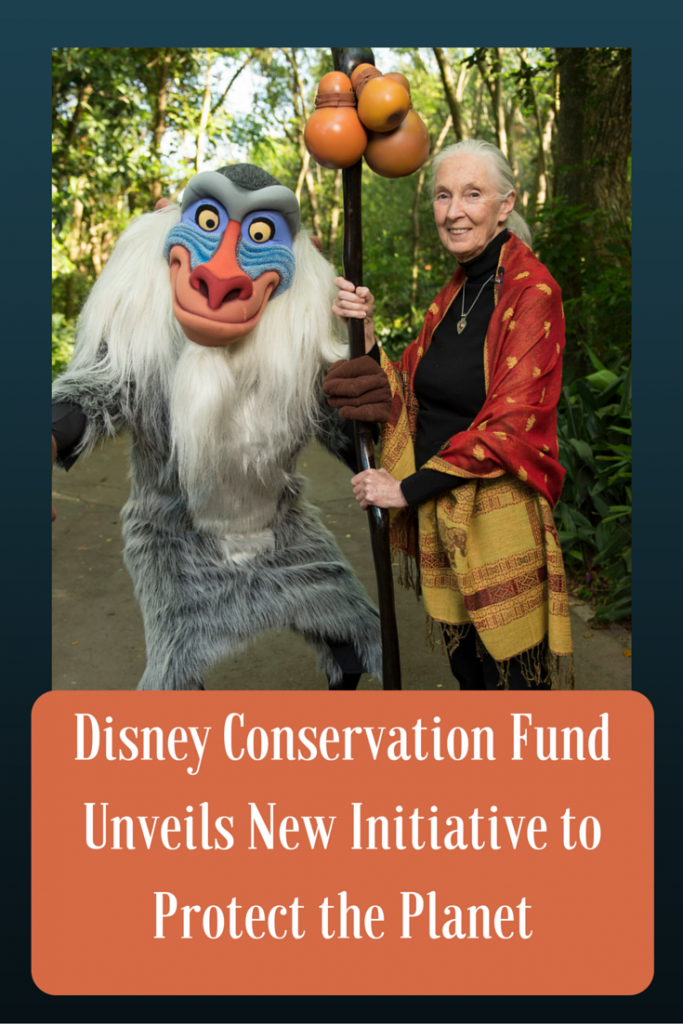 The Disney Conservation Fund (DCF), in honor of its 20th anniversary, announced a targeted philanthropic strategy to help protect the planet by collaborating with leading nonprofit organizations that will help threatened wildlife and inspire a lifelong love of nature in young people. The new initiative, called Reverse the Decline, Increase the Time, is aimed at reversing the decline of 10 threatened species through scientific research, community engagement, and increasing the time kids spend in nature to inspire them to care for the planet.

As part of Reverse the Decline, Disney is supporting a network of leading conservation nonprofit organizations to develop strategic plans that aim to reverse the decline of 10 animals: elephants, butterflies, coral reefs, tamarin monkeys, great apes, sea turtles, sharks and rays, cranes, rhinos and tigers. These organizations employ experts who work with each species to address the protection of habitats, collect critical population data, and develop conservation and education programs in critical ecosystems around the world. Additionally, this initiative provides opportunities for Disney to apply the expertise and talents of its employees and cast members to help reverse the decline of these animals. Already, scientists, educators and veterinarians on Disney’s Animals, Science and Environment team are collaborating with each organization to help protect threatened species and their habitats. 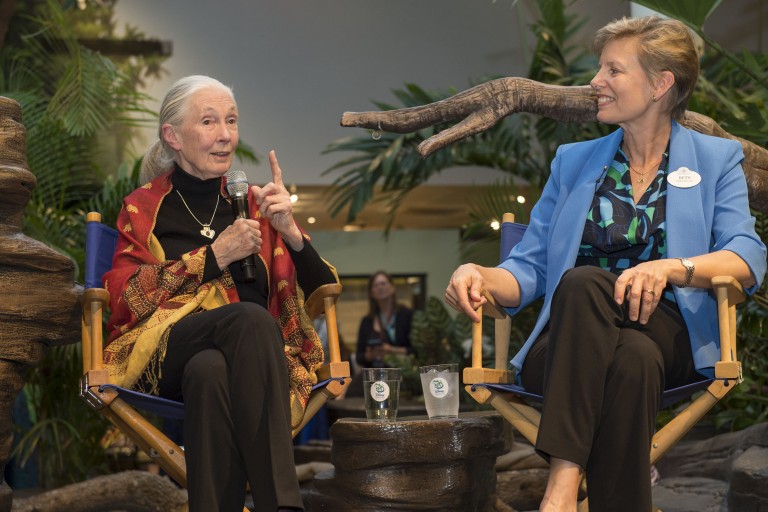 Increase the Time, the second part of the two-pronged commitment, comes on the heels of a 2012 Disney initiative to connect 35 million kids and families with nature experiences by 2015. Disney reached the target a year early based on its efforts to connect kids with nature through support from the Disney Conservation Fund to nonprofit organizations and nature experiences in Disney Parks and Resorts. The new Increase the Timeinitiative amplifies the philanthropic component of these efforts to fund projects with leading nonprofit organizations that engage young people in discovering the magic of nature and inspiring them to protect the planet.

Since 1995, DCF has provided $40 million in grants to nonprofit organizations in 115 countries.

What is Reverse the Decline and Increase the Time?

In the next decade, Disney Conservation Fund’s commitment will be focused in two areas:

Why Reverse the Decline?

The Disney Conservation Fund’s focus on the future builds on conservation accomplishments of the past. TheReverse the Decline initiative seeks to: 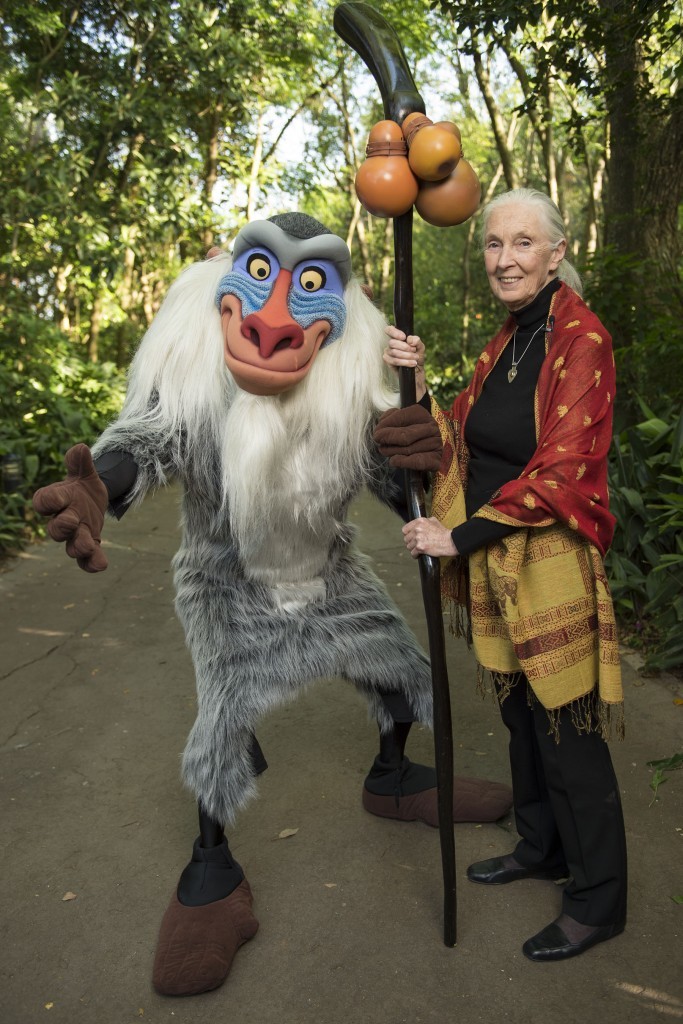 The 10 threatened species include:

Big Cats: The Sumatran tiger is critically endangered as a result of poaching, both of tigers and their prey species; high rates of habitat loss as a result of human encroachment, deforestation, and forest fires; illegal wildlife trade; and the killing of tigers involved in human-tiger conflict. A consortium of Sumatra-based organizations aims to increase Sumatran tiger population levels by reducing poaching and illegal trade, encouraging community engagement, and improving the management of protected areas.

Butterflies: In many cultures, butterflies are considered beautiful symbolic creatures; but they are also important pollinators and indicators of environmental health and model organisms for studying the impact of habitat loss and climate change. Butterflies are threatened by loss, degradation and fragmentation of habitat. Disney is supporting work to identify the numerous at-risk butterfly species in Florida and California and to develop tailored conservation strategies for the most critical groups, including habitat restoration, captive breeding and reintroduction programs.

Elephants: The African elephant is currently listed as a vulnerable species, due in large part to poaching driven by the illegal ivory trade. However, human-elephant conflict also contributes to elephant declines as many elephants are killed in retaliation for damaged crops and homes and even loss of human life. Disney is helping to reverse their decline by supporting work that addresses both poaching and human-elephant conflict, protects elephant habitat, promotes conservation legislation and helps train local conservationists.

Great Apes: Gorillas and chimpanzees are among our closest relatives, yet they are threatened as a result of human activities. Grauer’s gorillas and eastern chimpanzees are two endangered great ape species found in the Eastern portion of the Democratic Republic of the Congo. Their populations have dwindled due to hunting for bushmeat, capture for the illegal wildlife pet trade, and habitat loss and fragmentation. Disney’s support will help nonprofit organizations work with communities to reduce hunting, explore strategies to reintroduce rehabilitated apes to the wild, increase protection of great apes by local communities, and fund analysis and implementation of additional conservation strategies.

Migratory Birds: Cranes are iconic birds, especially in China, where the Siberian crane overwinters before traveling to its breeding grounds in northern Russia. The Siberian crane is critically endangered due to the loss of wetland habitat along its migratory route. Disney is supporting work to monitor and protect the relevant stopover sites along the birds’ more-than-three-thousand-mile migration path.

Monkeys: Disney is supporting work to protect two kinds of tamarins (tiny forest dwelling monkeys) – golden lion tamarins in Brazil and cotton-top tamarins in Colombia. Golden lion tamarins are threatened by forest habitat fragmentation due to urban development and Disney is supporting efforts in Brazil to restore the connections among enough forest fragments and golden-lion tamarin populations to save the species from extinction. In Colombia, Disney’s support is helping to protect and expand forest habitat, reduce the illegal wildlife trade, recycle more than three million plastic bags, and create alternative income sources for community members.

Rhinos: The critically endangered Sumatran rhino is the smallest member of the rhinoceros family and is known for its distinct hairiness. While the exact number of remaining Sumatran rhinos is difficult to determine, some estimate the population at less than a hundred. Disney’s support will help nonprofit organizations to address the threats of habitat loss and poaching by improving the range and effectiveness of anti-poaching patrols, increasing population numbers through a conservation breeding program, working with local communities to stop forest encroachment, and working with the Indonesian government to implement a national protection strategy.

Sharks and Rays: Many species of sharks and rays around the world are considered endangered, impacted by factors such as overfishing, loss of habitat, and pollution. Sharks and rays cannot easily overcome these threats because they are slow to mature and reproduce relative to other fish. Disney is supporting the recovery of sharks and rays by supporting the scientific management of fisheries, reducing the demand for shark and ray products, and advancing research to secure protected status for threatened species.

Why Increase the Time?

The Disney Conservation Fund’s Increase the Time initiative supports the following nonprofit organizations to connect kids and families with nature. Children who are exposed to nature are happier and healthier, and it is widely believed that these outdoor experiences lead to kids caring about the planet over their lifetimes:

4-H: As part of the organization’s commitment to teach young people about science, technology, engineering and math, with Disney grants the National 4-H Council is engaging more than 8,700 youth in 14 urban communities across eight states in hands-on experiences through after school clubs and summer camps to inspire youth to protect and preserve the planet.

Association of Zoos and Aquariums: With support from Disney, The Association of Zoos and Aquariums is removing barriers and apprehension for families to engage with nature by providing resources to families, educators and accredited zoological institutions to establish or expand nature play opportunities – providing and encouraging family nature play opportunities at zoos, aquariums and within local communities.

Children & Nature Network: The Children & Nature Network is leading a movement to connect children, families and communities to nature with innovative ideas, evidence-based resources, and broad-based support of grassroots leadership. The members of this coalition work together to curate current research and address the challenges it presents.

International Fund for Animal Welfare (IFAW): IFAW is hosting a Youth Forum for People and Wildlife in South Africa – bringing together young conservation leaders (ages 18-25) from across the globe to connect with experts, explore solutions and build skills to help them better understand and address wildlife conservation issues. The Forum is occurring just ahead of the CITES COP in South Africa – a convening of global experts to tackle the world’s biggest wildlife challenges and opportunities. IFAW is also creating a digital platform to engage thousands of school-aged children worldwide in the Forum.

National Park Foundation (NPF): Disney is supporting the National Park Foundation’s (NPF) efforts to connect half a million kids with national park experiences by 2017 through NPF’s Find Your Park Campaign and the Open OutDoors for Kids program. The program provides grants to local schools to enable hands-on field trips to nearby parks and historical monuments.

National Wildlife Federation (NWF): The National Wildlife Federation encourages kids and families to pledge to be Butterfly Heroes and commit to creating backyard garden habitats for pollinators and other wildlife. Disney also supports the Great American Campout which encourages kids and families to immerse themselves in outdoor experiences together.

The Nature Conservancy (TNC): DCF supports school garden programs with The Nature Conservancy (TNC) to provide online resources that integrate gardens into curriculum, while extending mini-grants to schools that build gardens as outdoor classrooms. In the past, Disney has also supported Nature Rocks, a TNC online platform for parents to find ways for their kids to get outside no matter what season, or where they live, as well as TNC’s Leaders in Environmental Action for the Future (LEAF) program which provides summer internships for high school students.