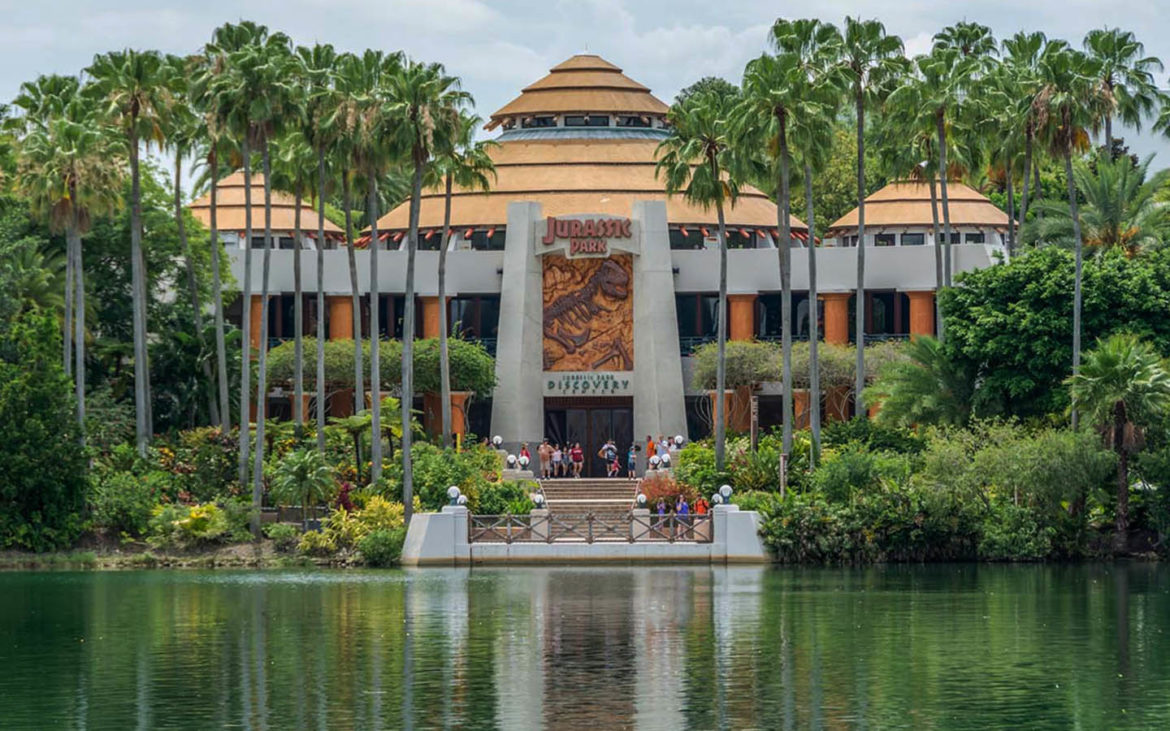 What was life like as a dinosaur? If you could be a dinosaur, which would you be? Have you ever tested your dinosaur knowledge? All these questions and more can be answered with a trip to the Jurassic Park Discovery Center in Universal’s Islands of Adventure! 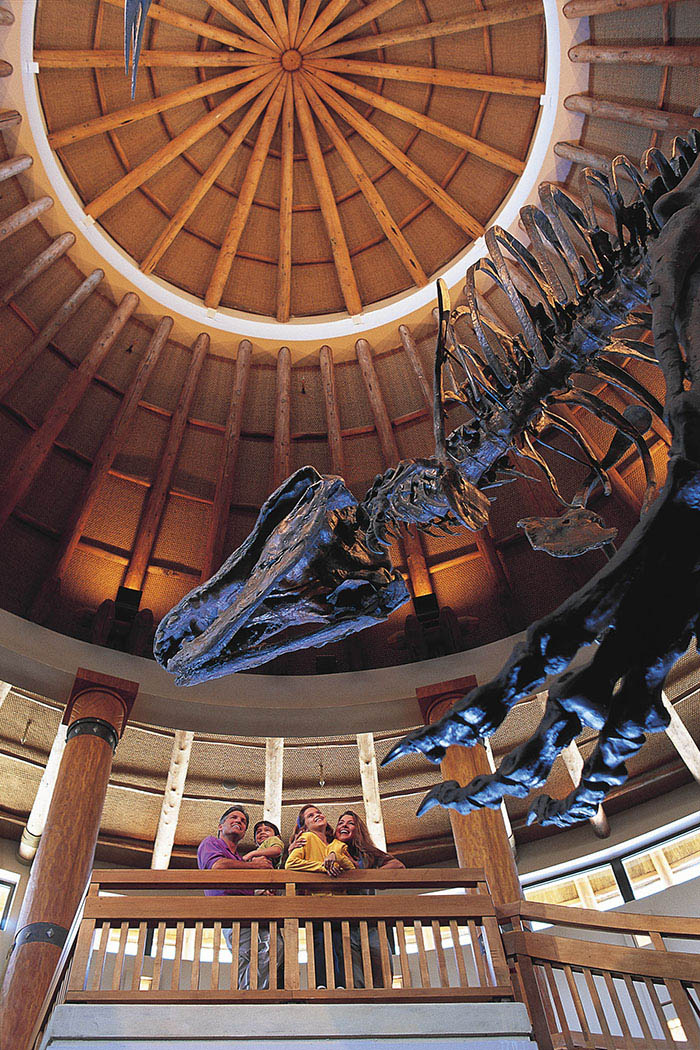 When you first walk through the doors of the Discovery Center, your eye is automatically drawn to the skeletons in the middle of the building. The life-size Tyrannosaurus Rex and Alamosaurus fossils were actual props used in the Jurassic Park films. They are pretty photogenic, if I do say so myself. 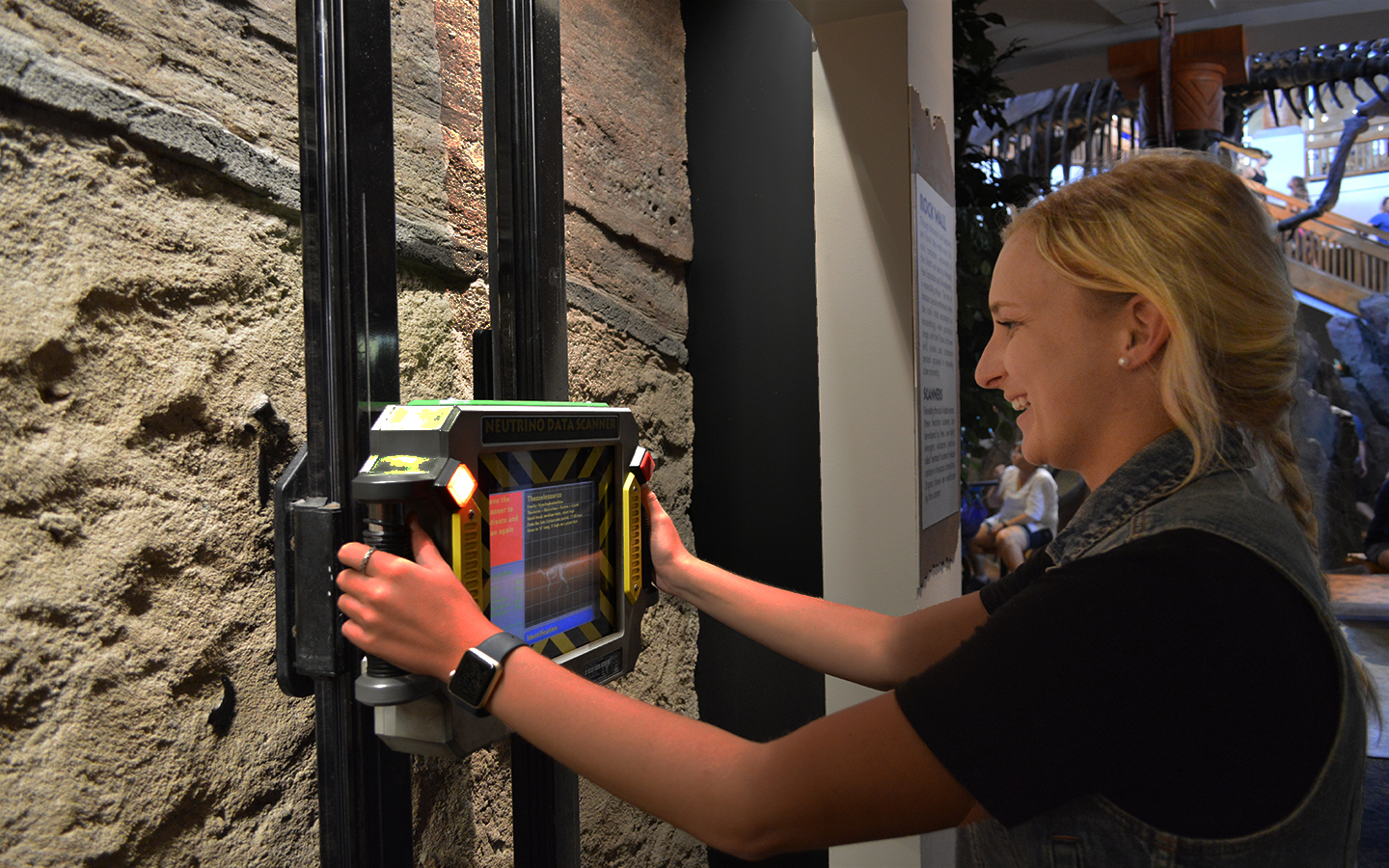 This area features two unique learning stations. The first are the Rock Wall Scanners. Use the scanners to view which dinosaur fossils lay in the rock and to reveal hidden secrets. You never know what you might find! The next is Drawersaurs, where drawers and dinosaurs meet to showcase informational facts about our prehistoric friends. 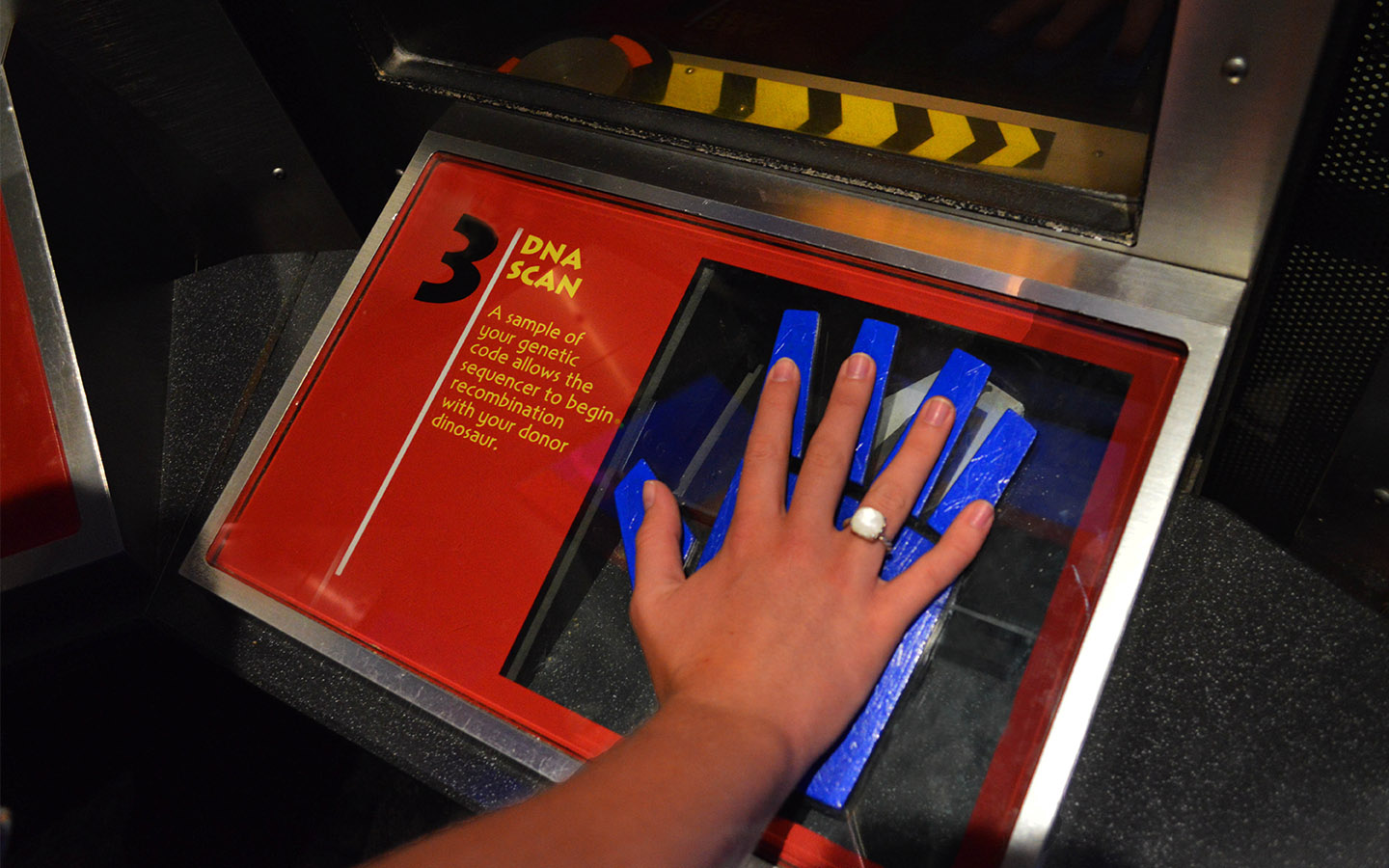 Join Mr. DNA as he walks you through the steps to fuse your DNA with a dinosaur’s DNA. Create a one-of-a-kind hybrid human/dinosaur by scanning your brain and hand. I tried it out for myself, and Mr. DNA suggested that I would be a herbivore. How’d he know I love a good salad?! 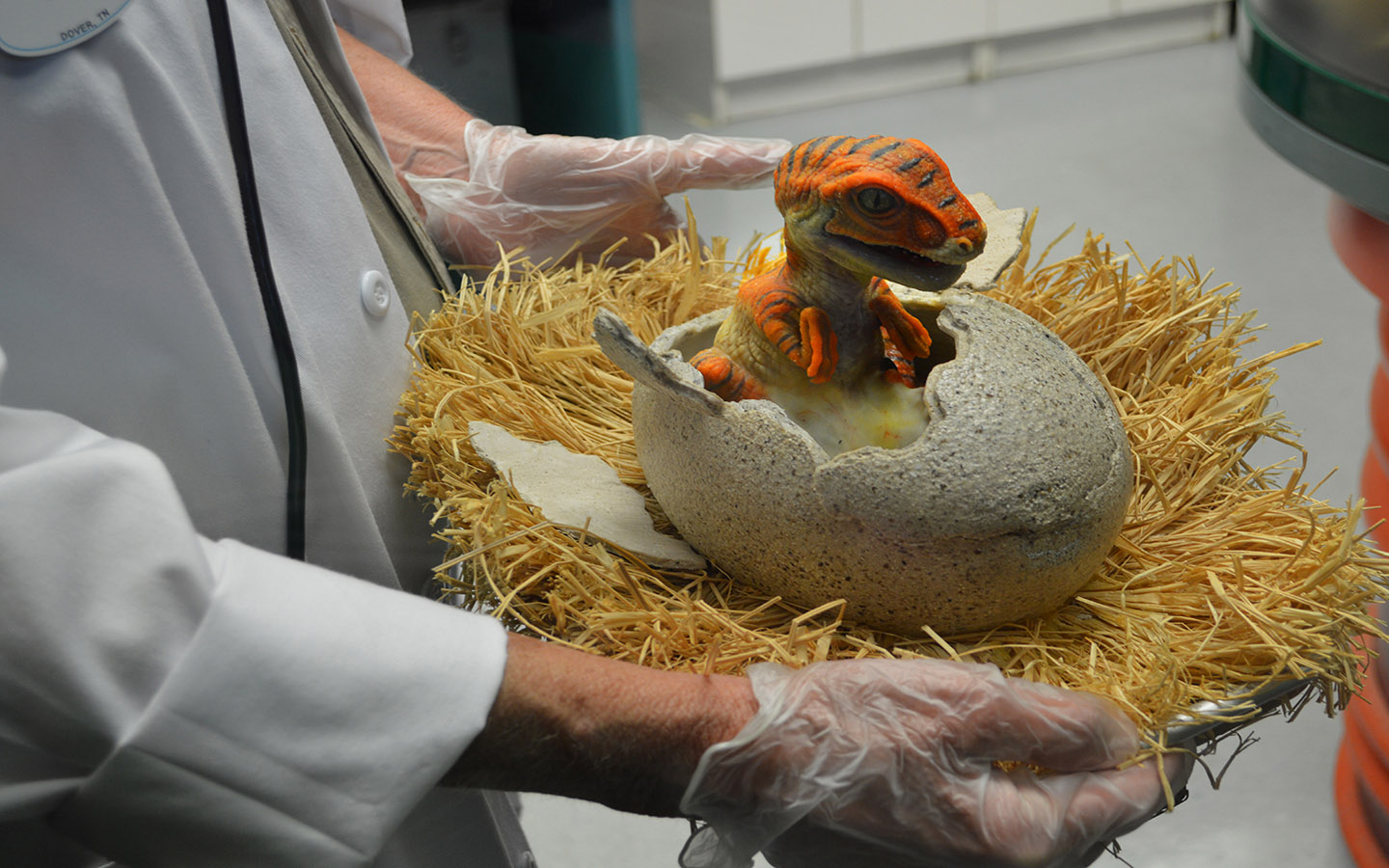 Stroll on over to the nursery to test and scan dinosaur eggs. If you’re lucky, you might even get to witness one hatch. There is usually a new hatchling ready to make its way into the world twice an hour. When I visited a baby Velociraptor hatched! The paleo-biologist even selected an audience member to name the newest dino. Her name is Barbara and she is as cute as can be. 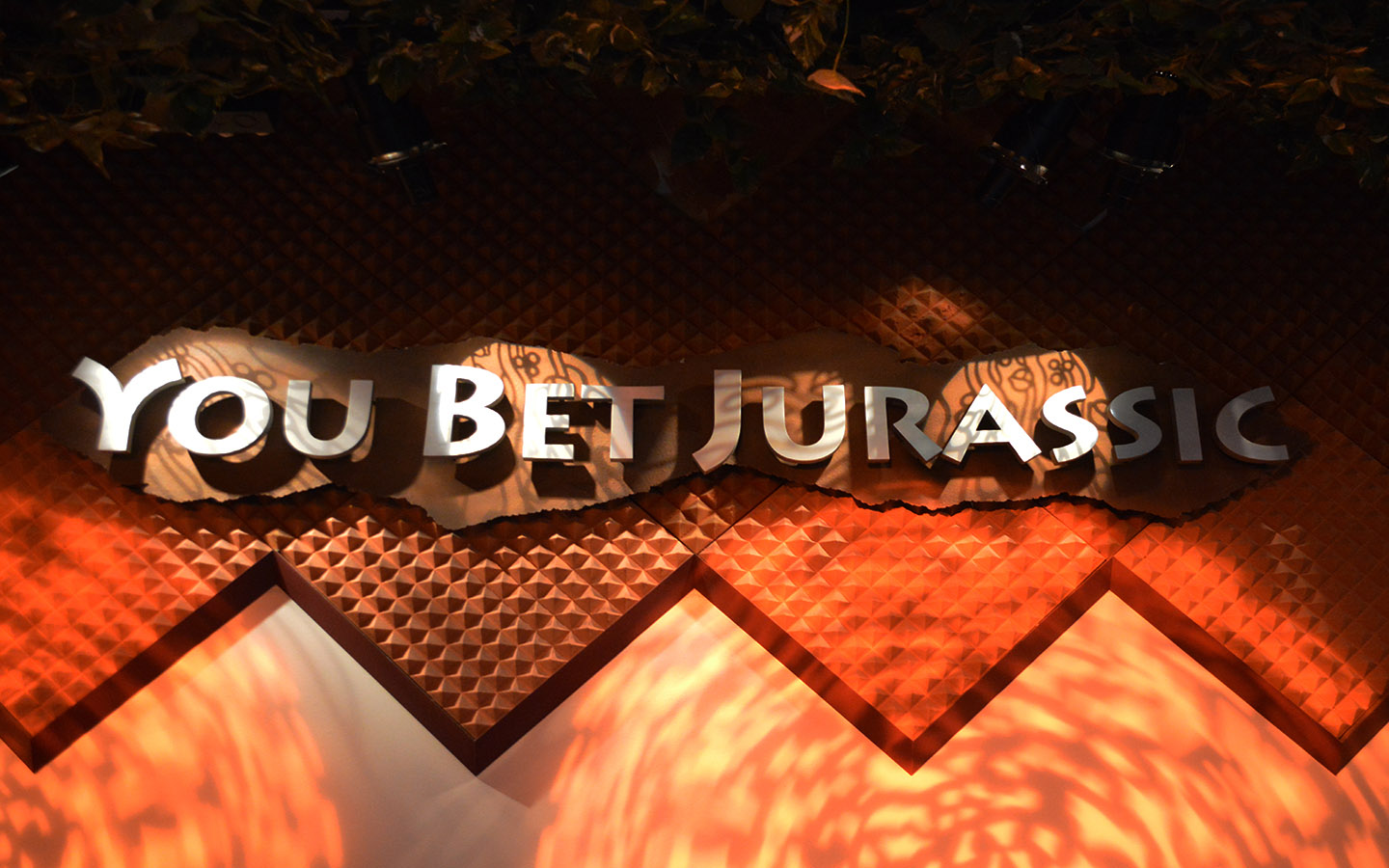 Compete against your closest friends to test your dinosaur knowledge in a trivia game show. Do you know how much food Alice the Apatosaurus eats each day? 450 pounds…I didn’t get that one right. 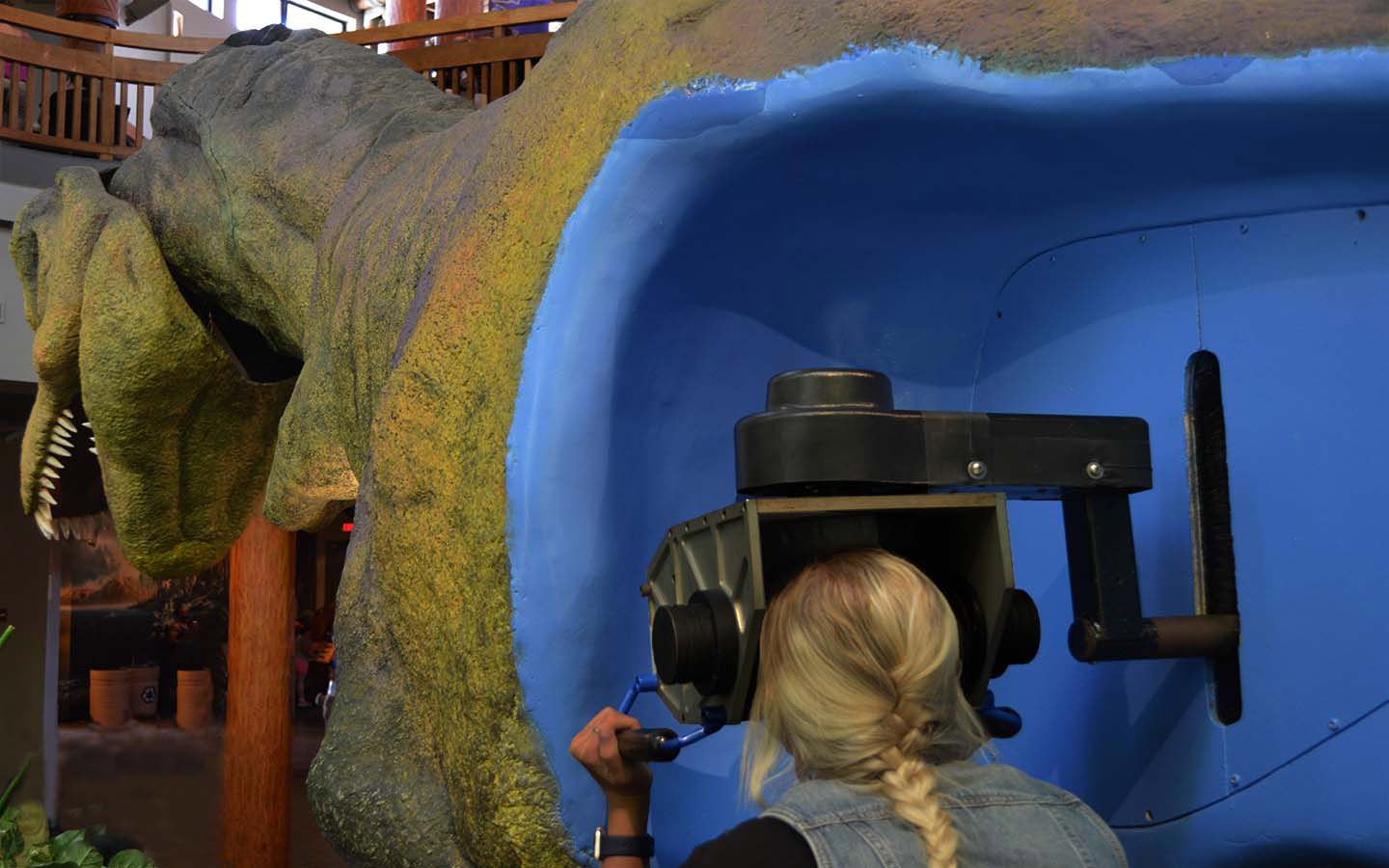 Experience exactly how dinosaurs view, hear, and speak when you step into these dino-vision goggles. If you move your head around a little while wearing the goggles, the dinosaur mimics your movement. Try not to scare your fellow dinosaur friends too much! 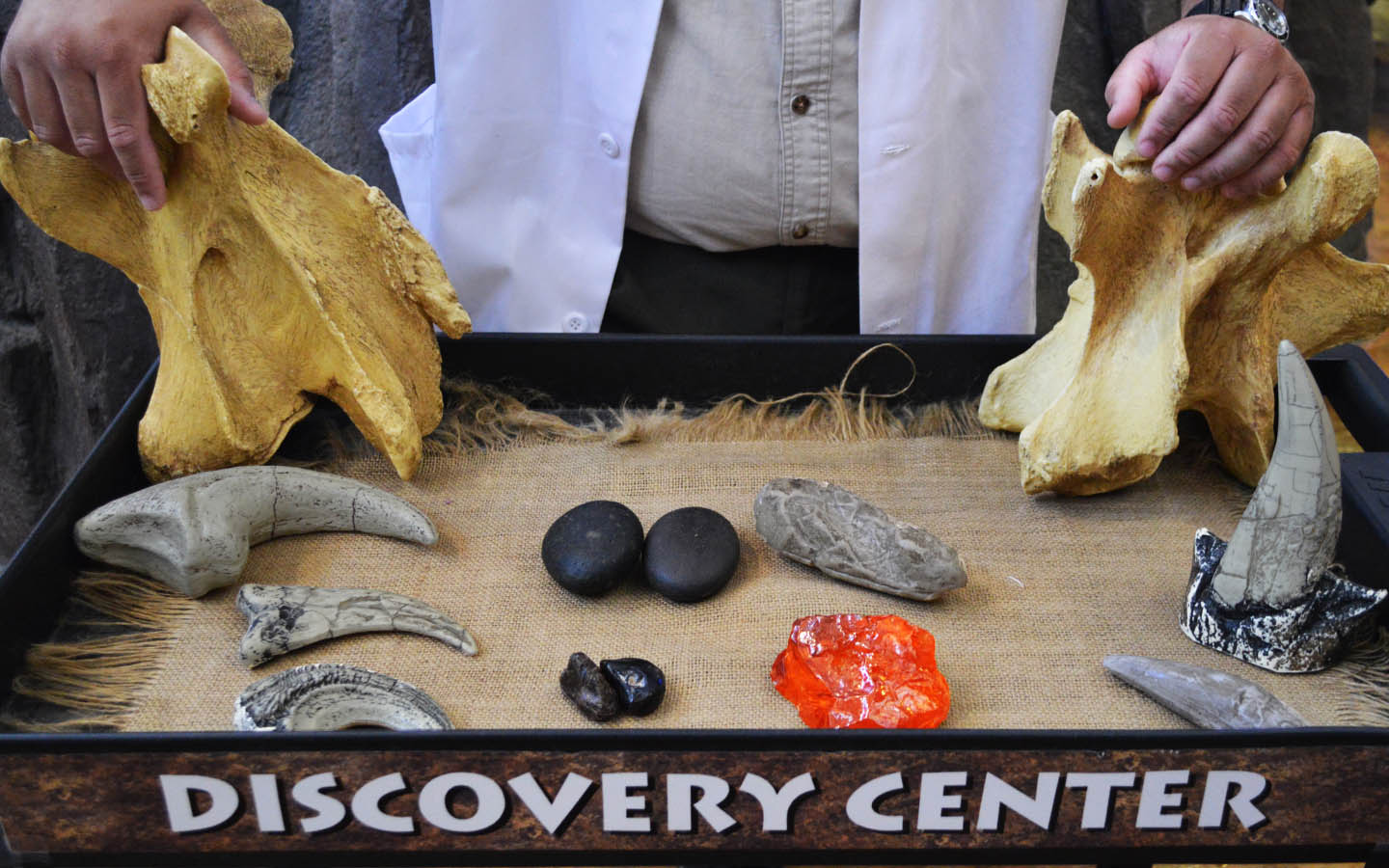 Throughout the day, a scientist will bring out a rolling cart with dinosaur fossils and props from the Jurassic Park films. These hands-on items all have different stories and backgrounds. I learned about amber and how the movie producers created fake amber (red rock in photo above) for the film because it’s much prettier to look at than real amber (small black rocks to the left of red rock).

I told you there was a lot to do, but there’s nothing like seeing it all for yourself. Stop by next time you’re in the area or need a great place to cool off.

Bonus: You might notice that the building resembles the “Welcome Center” from the film.

Have you been to the Jurassic Park Discovery Center? What was your favorite part? Tell me in the comments below.