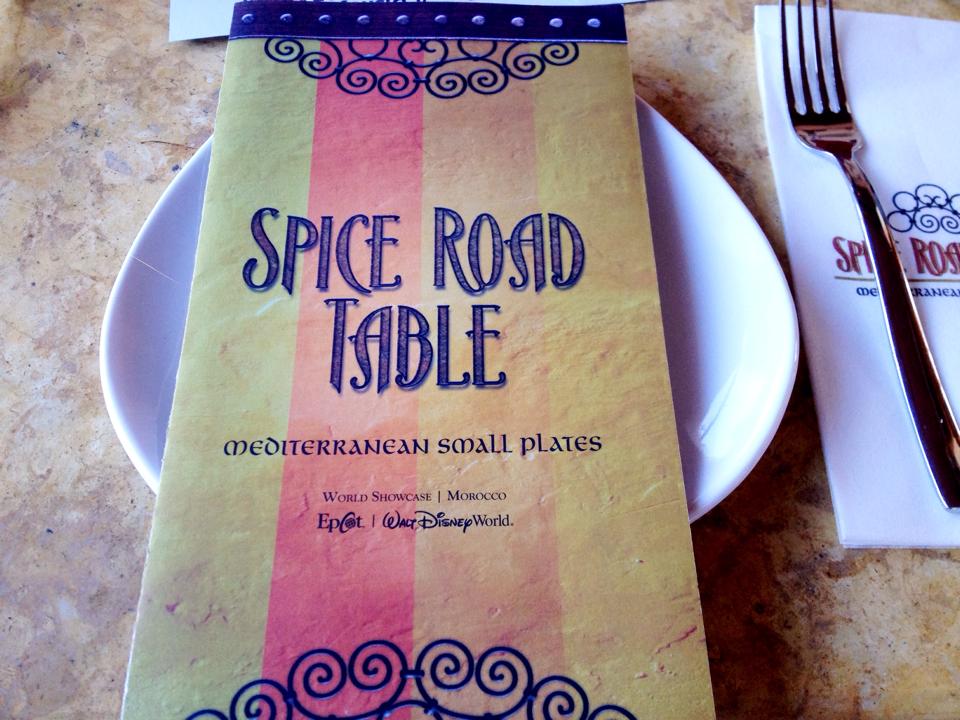 New! Spice Road Table Opening Date Jan 20 in Morocco Pavilion at Epcot: Last week, we reported Spice Road Table was in soft opening stages and this week it’s officially open! With fantastic views of World Showcase Lagoon and IllumiNations: Reflections of Earth from almost every angle of the restaurant, pretty Spice Road Table officially opened Jan 20, 2014, an authentic taste of the Mediterranean at the Morocco Pavilion in Epcot. Along with the new eatery, there’s live entertainment from Mo Rockin’ Band, henna tattoos, a “juice” bar and a shop stocked with great Mediterranean flavors to carry home (from olives to spicy harissa and mint tea). It’s a lively spot, not to mention it’s gorgeous and the small plates (tapas-style) foods are great! 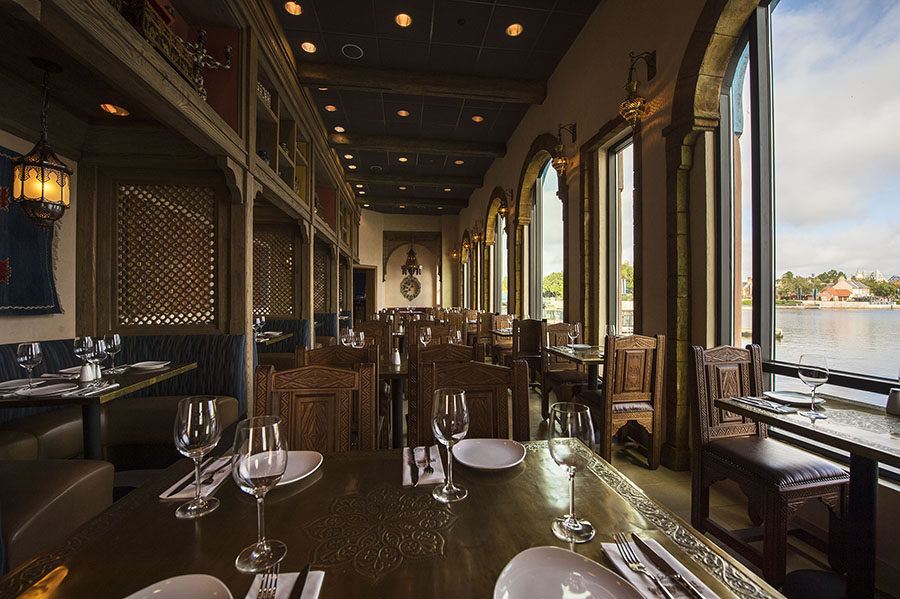 Reminder! Monorail Service Unavailable: Beginning January 21, monorail service on the Magic Kingdom Resort and Express beams will be temporarily unavailable on weekdays during non-peak times, between 11:30am and 7:00pm, to accommodate planned maintenance. During this temporary adjustment watercraft and additional buses will be available. The Epcot line is not affected.

New! The Smokehouse Now Open on Downtown Disney West Side: The Smokehouse is now open. This new quick service restaurant serves up barbeque and smoked favorites outside the House of Blues on the Downtown Disney West Side. Reservations are not required and prices range from $6.99 to $12.99. At this time, Disney Dining plan is not yet accepted. Quick service entitlements will be accepted in the future.

New! D23 Destination D Announced for Walt Disney World July 26-27: Destination D: Attraction Rewind is the name of this year’s big event, taking place July 26 and 27 at Walt Disney World. The event will give guests the opportunity to visit — or revisit — beloved Disney attractions of the past, featuring Disney archivists, Imagineers, Legends and luminaries. Attractions included in the celebration will be Adventure Thru Inner Space, If You Had Wings, and 20,000 Leagues Under the Sea with rare concept art and images, vintage video, and stories. There will also be several presentations dedicated to the 1964–65 New York World’s Fair, which spawned beloved attractions like it’s a small world and Carousel of Progress. 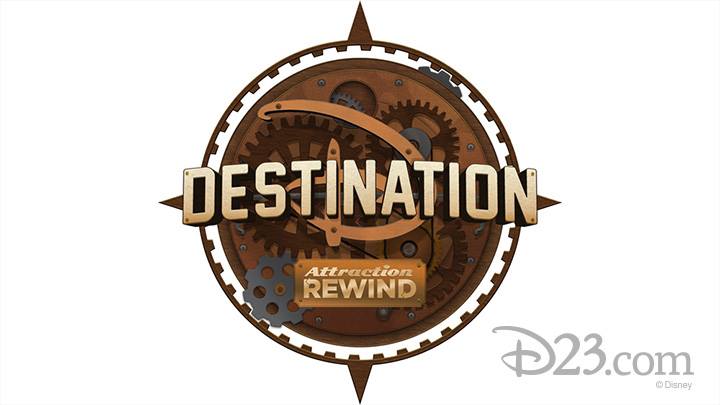 D23 Fanniversary Celebrations Announced: For the third year in a row, D23 will hit the road, visiting cities across the U.S. to commemorate dozens of magical Disney milestones celebrating landmark anniversaries this year. Hosted by Disney archivists and the D23 Team, D23?s Disney Fanniversary Celebration events will be held in Boston, Chicago, Los Angeles, Orlando, New York City, Seattle, and other cities in fall 2014. Fanniversary 2014 will revisit some of the most beloved theme park attractions, animated and live-action films, characters, TV series, and more than 90 years of Disney history including Donald Duck, the 1964–65 New York World’s Fair, Sleeping Beauty, Haunted Mansion, Disney’s Hollywood Studios, The Little Mermaid, and many more. Fanniversary events will be open to the public, with special admission prices and surprises created for D23 Members in attendance.

New! Super Bowling Spectacular 2014: Come out for the Big Game and support a great cause!  Clean the World’s (an Orlando-based non-profit that saves lives around the world with recycled hotel soap)  is hosting it’s 2nd annual Super Bowling Spectacular on Sunday, February 2, starting at 5:30pm at Splitsville Luxury Lanes at Downtown Disney® West Side.  It is the place to be for the Big Game! Tickets can be purchased in advance at www.cleantheworld.org/bowl.  Cost: $85 per person includes 3 hours of food and drink. (Bowling will not be available for this price). Everyone in the party must be 21 or over with valid photo ID.

New! Aladdin and Jasmine Temporary Greeting Location Update: Now – Feb.13, Aladdin and Jasmine will be meeting Guests at the entrance to Adventureland (just before the bridge). This is a slight change as we previously reported they were meeting at the Veranda Porch. When the refurbishment of the Agrabah Bazaar completes next month, they will return to their usual location.

New! Winter Summerland – Winter Course Closed for Refurb: Beginning Monday, January 20, the Winter course at Disney’s Winter Summerland Miniature Golf will be closed due to refurbishment. The course will remain closed until further notice. The Summer course will still be available for Guests to play from 10:00am – 11:00pm daily.

New 2014 Promotion Begins – Disney Family Time Resolutions: Disney launched  disney.com/resolutions  where Disney celebrities are sharing how they plan to resolve to spend more time with family in 2014. A new video will be uploaded everyday in January. On disney.com/resolutions, they are also awarding a vacation-a-day from December 31, 2013 through January 31, 2014! So enter every day for your chance to win because this is the year to spend more quality time with the people you love most. Good luck! 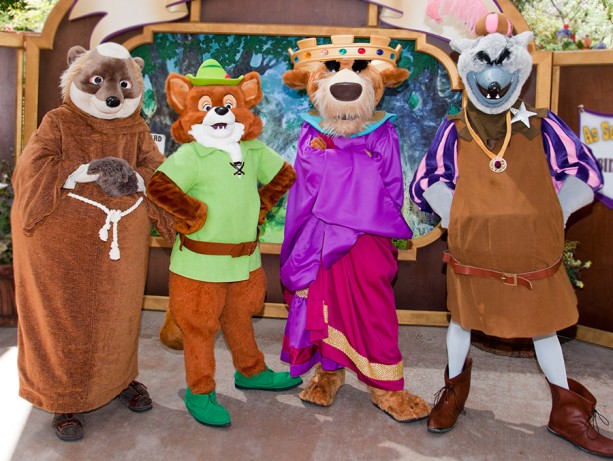 New 2014 Promotion Begins – Disney Family Time Resolutions: Disney launched  disney.com/resolutions  where Disney celebrities are sharing how they plan to resolve to spend more time with family in 2014. A new video will be uploaded everyday in January. On disney.com/resolutions, they are also awarding a vacation-a-day from December 31, 2013 through January 31, 2014! So enter every day for your chance to win because this is the year to spend more quality time with the people you love most. Good luck!

Other special activities over the weekend include:

Mardi Gras Dates and Concerts Announced: It’s the most spectacular celebration of the Big Easy spirit outside of New Orleans itself – Mardi Gras at Universal Studios®. Bring the whole family for a party filled with music and fun as only Universal Orlando® Resort can throw. Feb 8 – May 21, 2014. This year’s concerts include Robin Thicke (Feb 22) and The Wanted, May 10, plus 18 other concerts:

Kids Eat Free at Loews: The program has been extended to include dates of January 5 – March 13, 2014, with a minimum of a 3-night stay at our on-site deluxe Loews hotels, kids can enjoy meals at our resorts!

• Valid for breakfast, lunch & dinner (during restaurant hours of operation)
• One FREE kids meal with purchase of EACH adult entrée
• Children up to 9 years old
• Valid for kids menu and buffets only
• Beverage included (select drinks only)
• Gratuity included on the kids meal only

Telemundo’s hit Sunday night reality show, “La Voz Kids” will be taping at Universal Orlando® Resort: January 18–22 at 1:30PM & 5:00PM. Come see a wide variety of young talented singers competing to be the next music star and be part of the audience.