There’s lots to still look forward to this fall at the Walt Disney World Resort in Florida! 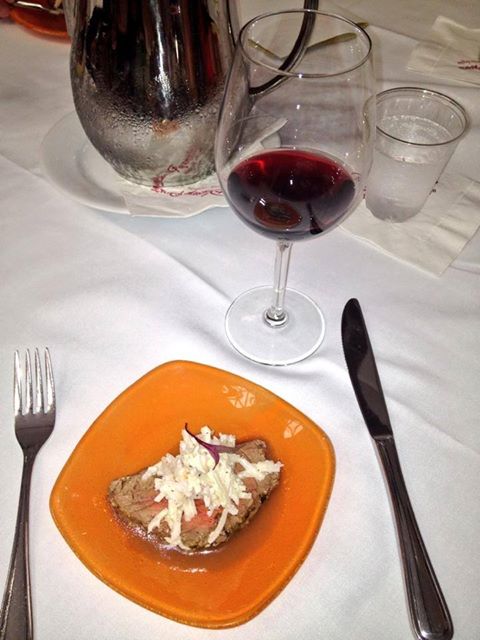 Fall 2013 is a grand celebration at Walt Disney World Resort, marked by festivals, special events and other nonstop fun leading up to the holidays. As temperatures cool, the fun heats up.

You can “sip and savor fresh flavors from six continents” at this year’s Epcot International Food & Wine Festival presented by Chase. The festival is held through November 11, 2013 at the Walt Disney World Resort.

There are 26 ethnic and specialized food-and-beverage stations located around the World Showcase Promenade, including the new Scotland Marketplace which debuted this year.  Brazil, Ireland, Greece, South Korea and other countries will feature traditional tapas-sized foods that can be paired with wines, cocktails, and beers.  Terra Marketplace, with creative, flavorful vegan dishes, also returned after its 2012 debut. More than 270 Disney chefs and culinary stars from across the country will participate in the 46-day tasting extravaganza.

There is also an impressive menu of premium programming, such as the grand tasting Party for the Senses events, daily wine tastings, and mixology seminars.  Celebrity chefs also stir up Festival Center fun with culinary demonstrations.  Plus, you can listen to music stars of past decades as they rock the party with nightly Eat to the Beat concerts at the outdoor America Gardens Theatre.

In Future World, the iconic, colorful Ocean Spray Cranberry Bog has returned for a third year to introduce families to the cranberry’s rich agricultural heritage.

You can participate in special activities themed to rhinos on November 12. You will also learn how Disney cares for them, supports their conservation in the wild through the Disney Worldwide Conservation Fund and cast conservation programs, and even what you can do to support conservation efforts.

There’s more new fun in store this fall at Animal Kingdom, too. This is the first fall for Wilderness Explorers, which helps you to explore the park more deeply through field guides while you earn sticker badges along the way. At the new Adventurers Outpost on Discovery Island, you can meet Mickey Mouse and Minnie Mouse in their safari gear.

There ‘s an extra dose of magic aboard Disney Magic when the Disney Cruise Line that recently re-launched with new spaces, re-imagined areas and exciting additions for the whole family. From a new grand atrium lobby and children’s area of “super hero” proportions to a three-story water thrill ride and a space to stimulate the “Senses,” there are plenty of new and magical surprises in store for cruise guests. The ship features fun new experiences with Marvel characters – the first time Super Hero icons from the Marvel Universe have been introduced on a Disney Cruise Line ship.

This ship will carry passengers on two-, three-, four- and five-night cruises from Miami to the Bahamas and Western Caribbean. Then, beginning January 2, 2014 the Disney Magic will sail from Port Canaveral on alternating three- and four-night cruises including a stop at Disney’s private island, Castaway Cay, and Nassau.

Sail Away to a Magical Winter Holiday on Disney Cruise Line:

Special holiday events include a nightly tree lighting in the atrium lobby, visits from Santa Claus and his elves, traditional holiday feasts, family holiday crafts, holiday storytellers, and more. When the ships stop during the holidays at Castaway Cay, Disney’s private island in the Bahamas, the celebration will continue with “snow flurries,” a decked-out Christmas tree, Disney character meet-and-greets, and holiday island music.

Guests will enjoy a bountiful “Turkey Day” feast, with Mickey Mouse, Minnie Mouse and friends dressed in traditional Thanksgiving attire. On Christmas Eve, guests can leave milk and cookies for Santa when he visits the ship at midnight. Christmas services will be held on Christmas Day with a midnight mass on Christmas Eve, and Hanukkah services will be held each day between November 28 and December 5. To celebrate the new year, voyages will include a special New Year’s Eve party to ring in 2014, complete with music, sparkling wine in commemorative flutes, and a midnight countdown with balloon drops.

Festival of the Masters November 8-10 Will Bring Artful Fun to Downtown Disney:

Downtown Disney invites guests to the 38th Festival of the Masters presented by Michaels November 8-10. This world-renowned fine arts festival will feature more than 150 artists showcasing their unique works in painting, sculpture, photography and other categories. This outdoor festival also will offer live entertainment, hands-on activities for kids, and unique food offerings.

Each team will play in one game per day, advancing through the bracket. The two teams that remain undefeated throughout will face off in a championship game in the final day of the competition. The Metro Atlantic Athletic Conference (MAAC) will serve as the event’s sponsoring conference for the eighth straight year. All games will air on ESPN networks.

runDisney serves up Disney’s Wine and Dine Half Marathon Weekend, November 8 – 9.   More than 14,000 registered runners will take on this unique nighttime 13.1-mile course starting at ESPN Wide World of Sports Complex, running through Disney’s Animal Kingdom, Disney’s Hollywood Studios, and then finishing at Epcot.  After crossing the finish line, runners can join family and friends for a special ticketed post-race party inside Epcot until 4 a.m.   The Finish Line Party will feature more than 25 kiosks offering fine cuisine and wine from the Epcot International Food & Wine Festival, plus Disney characters, music and the opportunity to ride various attractions such as the newly reimagined Test Track Presented by Chevrolet and Soarin’.  New for this year is the Disney Wine & Dine Pre-Race Taste on Friday, November 8, at Disney’s Hollywood Studios.  This special ticketed event offers runners and fans a private reception on the set of Lights, Motor, Action! Extreme Stunt Show, featuring food and beverages from the Epcot International Food & Wine Festival, music, and even Disney characters.  In addition to the half marathon, Disney’s Wine and Dine Half Marathon Weekend will feature Mickey’s Jingle Jangle 5K at Disney’s Animal Kingdom and runDisney Kids’ Races at ESPN Wide World of Sports Complex.  There’s also Disney’s Health and Fitness Expo on Friday and Saturday, November 8 – 9, at ESPN Wide World of Sports Complex.

Siera is a Disney travel specialist and would love to help you plan your next Disney World vacation at no cost to you. Request a free, no obligation quote on the right side of the page or email spreadingmagic@gmail.com.