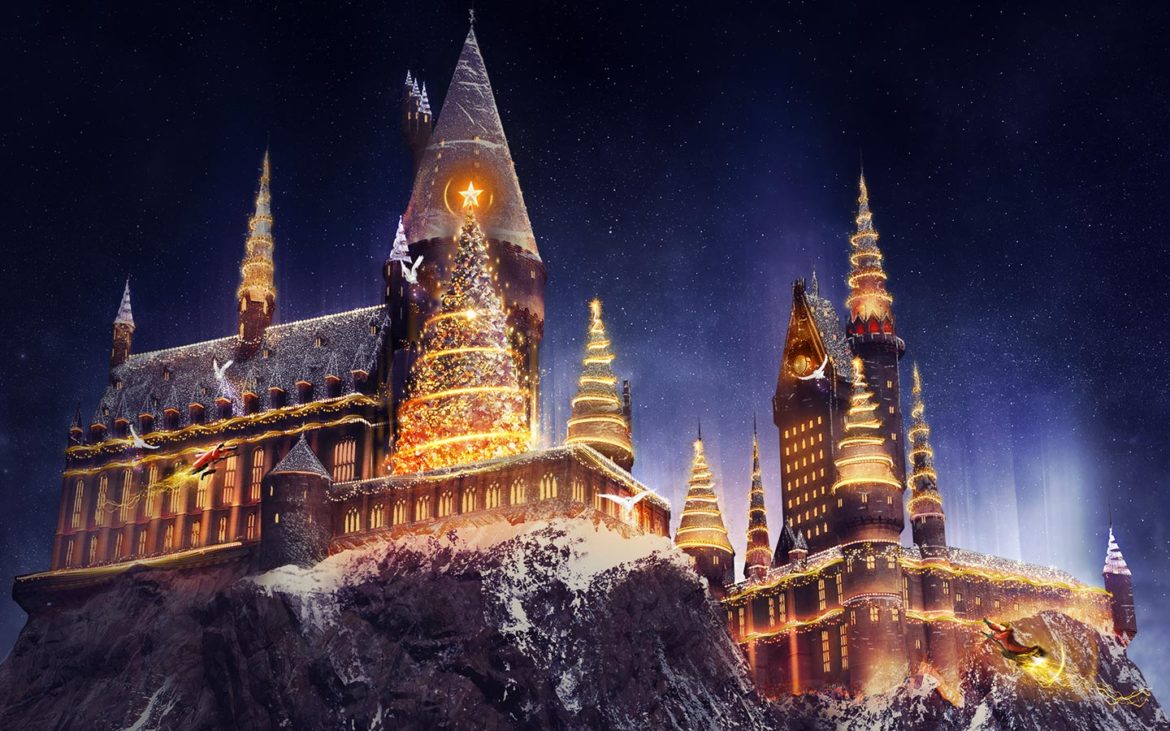 For the first time ever at Universal Orlando, you’ll be able to celebrate Christmas in The Wizarding World of Harry Potter and I’m beyond excited. You’ll see Christmas decorations, garlands and lights as you walk through Hogsmeade and Diagon Alley. There will even be special holiday-themed food and festive performances by the Frog Choir and Celestina Warbeck and the Banshees. At night, state-of-the-art projection mapping and lighting will illuminate the Hogwarts castle to bring Christmas moments inspired by the Harry Potter series to life.

The holiday spirit continues at Universal Studios Florida with a brand-new parade. Universal’s Holidays Parade featuring Macy’s will feature more than a dozen new festive balloons and 15 incredibly detailed floats – all designed exclusively for Universal Orlando. The parade will also include some of your favorite characters from Despicable Me, Madagascar, Shrek – and the jolly man himself, Santa Claus.

But the fun doesn’t stop there. You’ll also be able to:

You’ll never feel like a Grinch at one of Universal’s on-site hotels. You can keep the festivities going throughout your entire vacation with buffets, festive activities, tree and menorah lightings, and more.

This holiday season, you can save $100 with the 3-Park vacation package when traveling between November 8, 2017 and January 6, 2018. It comes with a 5-night hotel stay at a Universal Partner Hotel or – better yet – you can upgrade your package to stay at an on-site hotel. Additionally, this package also comes with tickets to all three theme parks at Universal Orlando Resort – including Universal’s Volcano Bay.

Starting at $99 per adult per night, tax inclusive

Let the countdown begin! Less than two months till the celebration of the holidays at Universal Orlando begins.

Start packing and planning for your holidays at Universal Orlando vacation now.