Reminder! The Muppets Have Arrived at Magic Kingdom: The Muppets have come to Magic Kingdom for their all-new, live show “The Muppets Present… Great Moments in American History,” which features an original song and plenty of wacky Muppets humor. Throughout the day, the Muppets share their own unique take on the founding fathers as they recount the tale of the signing of the Declaration of Independence. At other times, you may catch the Muppets’ version of the midnight ride of Paul Revere. This wacky new show will take place several times daily, just outside the Hall of Presidents.

New! Wearable Disney Gift Cards Now Available for Epcot International Food & Wine Festival: In addition to the many features of a classic Disney Gift Card, new, limited-release cards also come with a wristband to facilitate quick and easy access to all the festival kiosks. You can activate these convenient cards with as little as $15. For guests who like to collector souvenirs, there will also be a limited-release Disney Gift Card design. The card is activated with $200 and comes with an Epcot International Food & Wine Festival-themed lanyard, medallion, and carrying sleeve, which are available only with this gift card purchase. Supplies are limited. 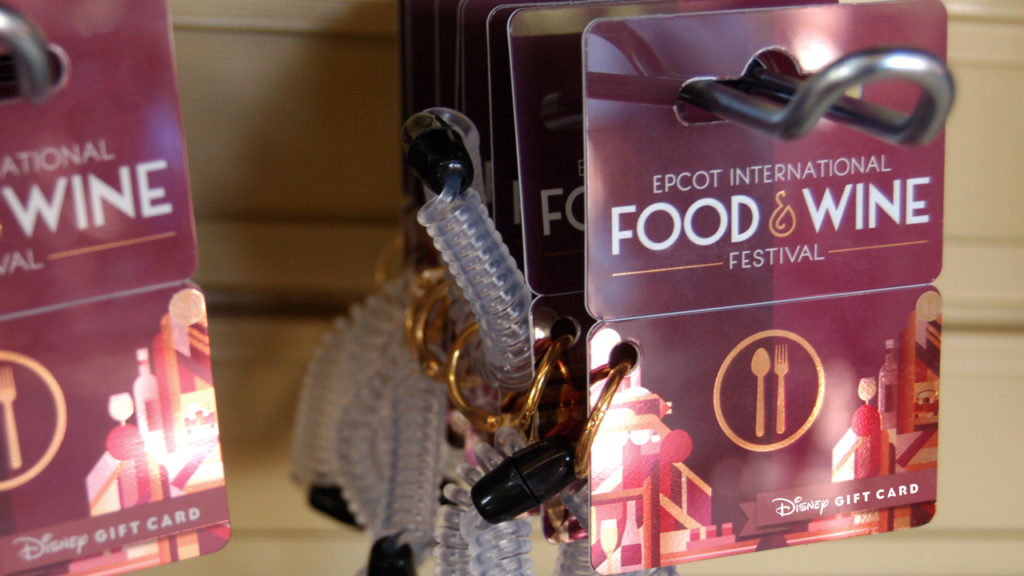 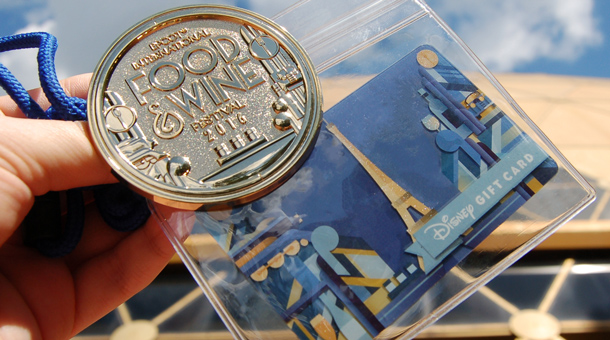 New! Early Morning Magic Offering Continues: Disney’s Hollywood Studios is continuing Disney Early Morning Magic, a special event for Guests that offers an in-park breakfast and first access to select attractions and characters at Disney’s Hollywood Studios prior to the park opening. This special ticketed event will be available on Saturdays, beginning Oct. 8. Both standard park admission and a reservation are required for Disney Early Morning Magic, which will take place on different dates than Extra Magic Hours. Pricing is $69 plus tax for adults and $59 plus tax for children (ages 3-9). To make a reservation, Guests may call 407-827-7350 or visit DisneyWorld.com/EarlyMorningMagic.

Reminder! Shark Reef Experience at Typhoon Lagoon Closing: At Typhoon Lagoon, Shark Reef will no longer be offered as an entertainment experience starting on October 3. Future plans for the area will include a new family-friendly attraction opening this spring that will take Guests on a white-water adventure. All of the animals at Shark Reef will be relocated to other facilities where they will continue to receive proper care.

New! STAR WARS Rogue One Merchandise Now at Disney Parks: Rogue One: A Star Wars Story revolves around a rogue band of resistance fighters who unite for a daring mission to steal the Death Star plans and bring new hope to the galaxy. You can see the film in theaters on December 16, 2016, but in the meantime, here is a look at the new merchandise available at Disney Parks. Women will find several shirts featuring characters from the upcoming film. Apparel from the Her Universe collection includes a dress covered with images of the Death Star. 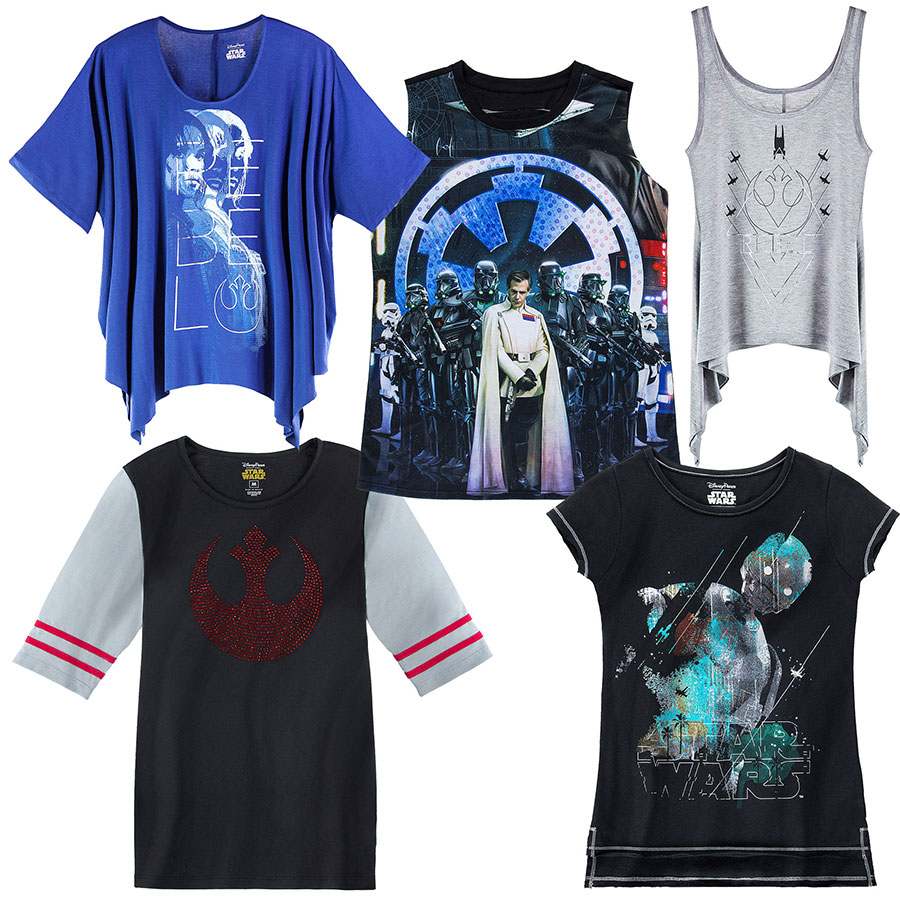 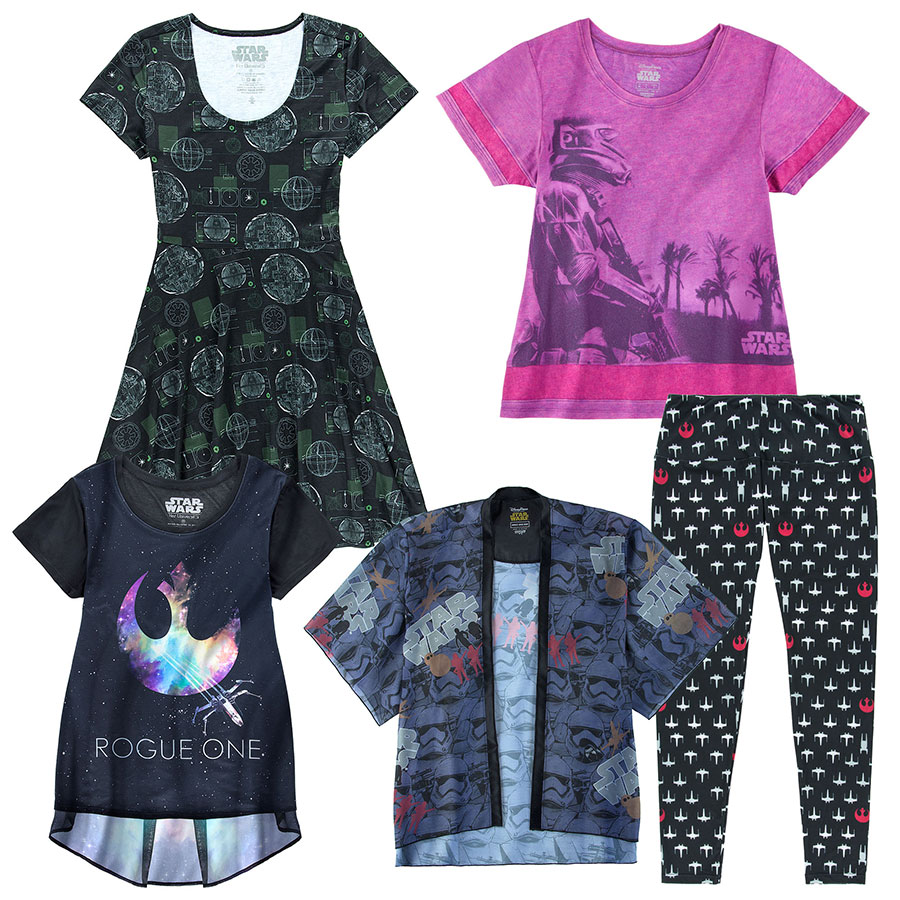 Other apparel items will include hooded sweatshirts, a sleeveless zip fleece with Jyn Erso’s image, and graphic tees. 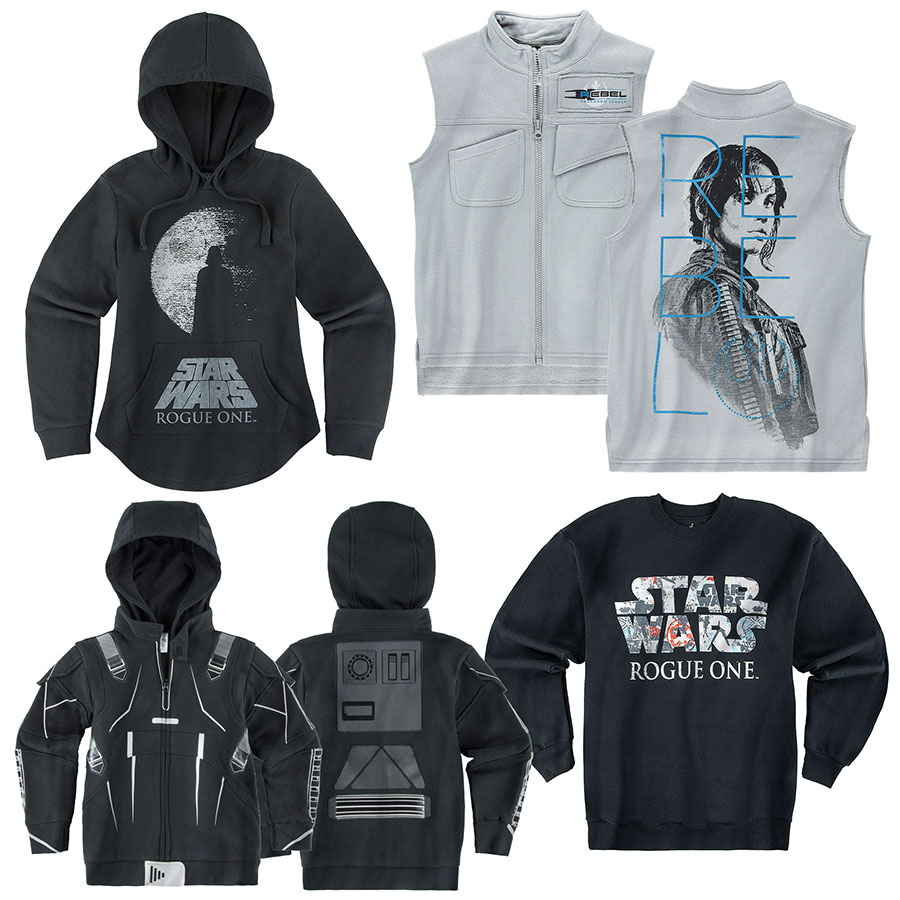 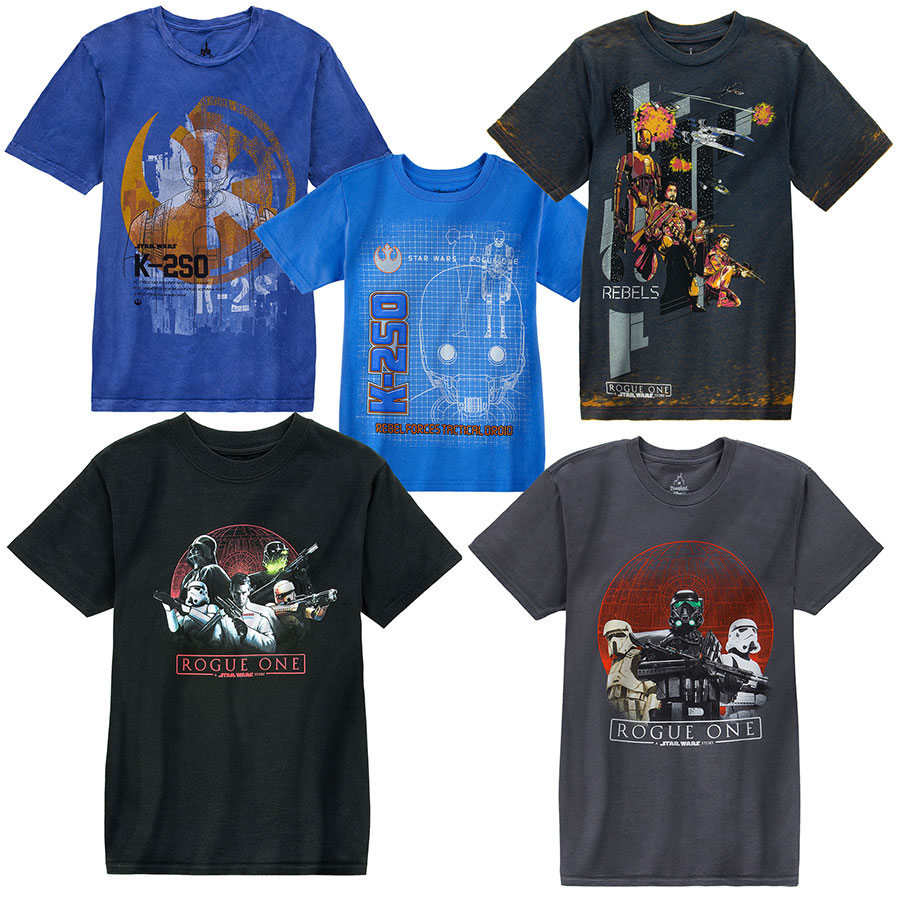 There is a a limited release Vinylmation Eachez of Shoretroopers. Each box contains one randomly selected figure with some variant figures being rarer to find than others. A variety of open edition pins with images of characters, ships, or graphics from the film are available. You can also find a limited release, 14-pin mystery collection. Each box will contain two pins – 1 of 7 revealed pins that guests can see, and 1 of 7 mystery pins. Fans of the Star Wars Droid Factory will find a set of four Astromech droid action figures inspired by the new film. 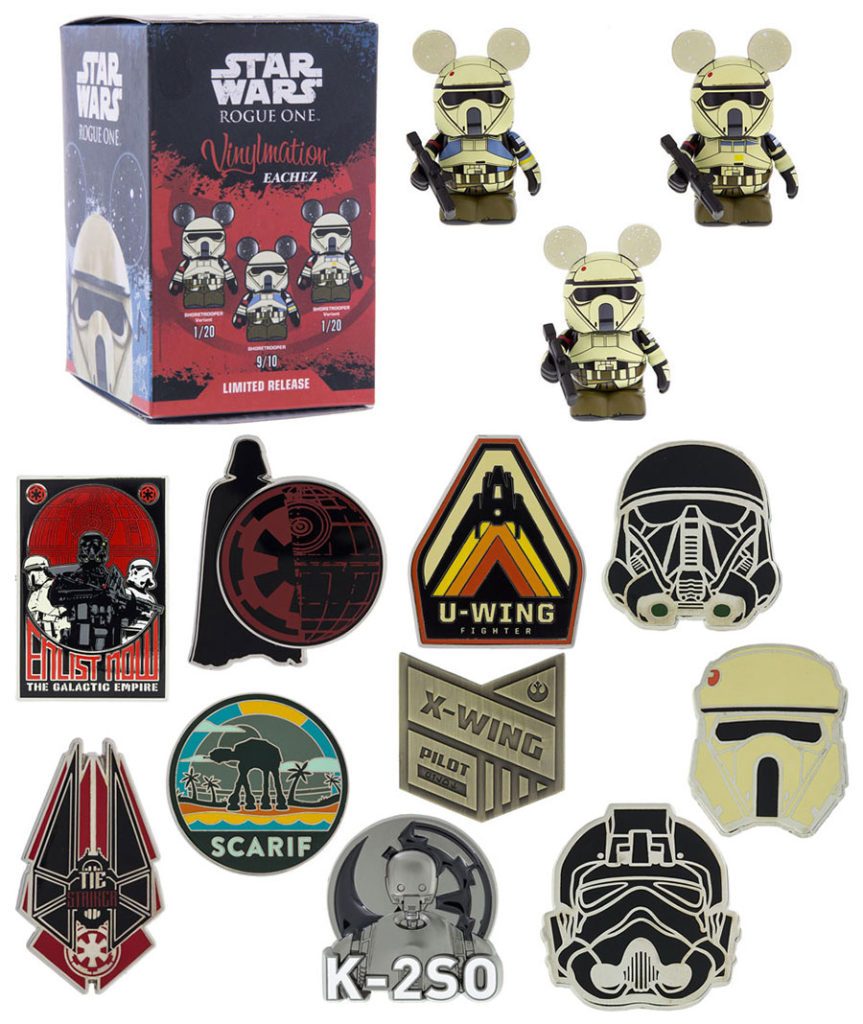 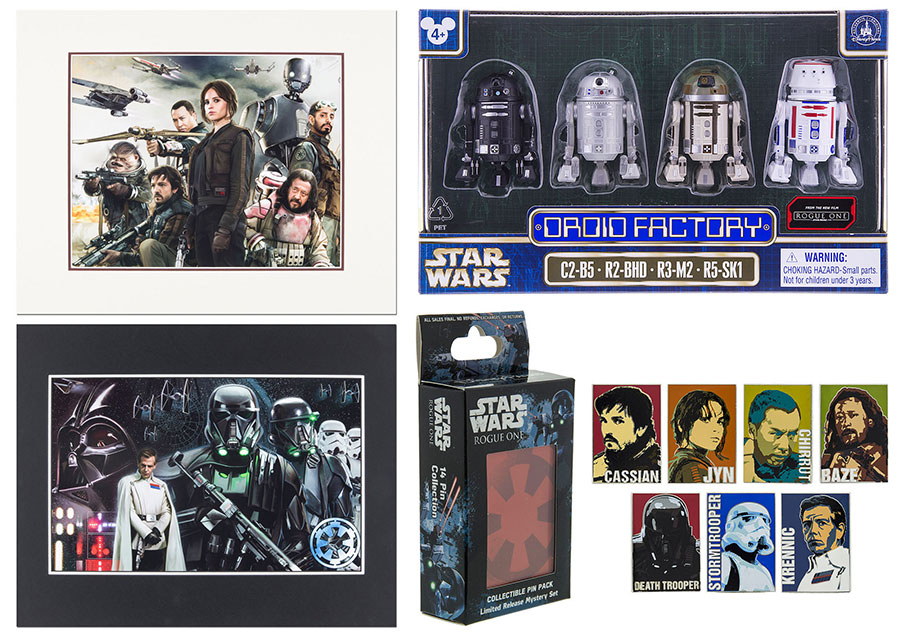 Guests at Walt Disney World Resort will have two limited release, retail MagicBands to choose from and personalize phone cases for select iPhone and Samsung devices with 15 new designs at the D-Tech on Demand stations in Disney Parks. 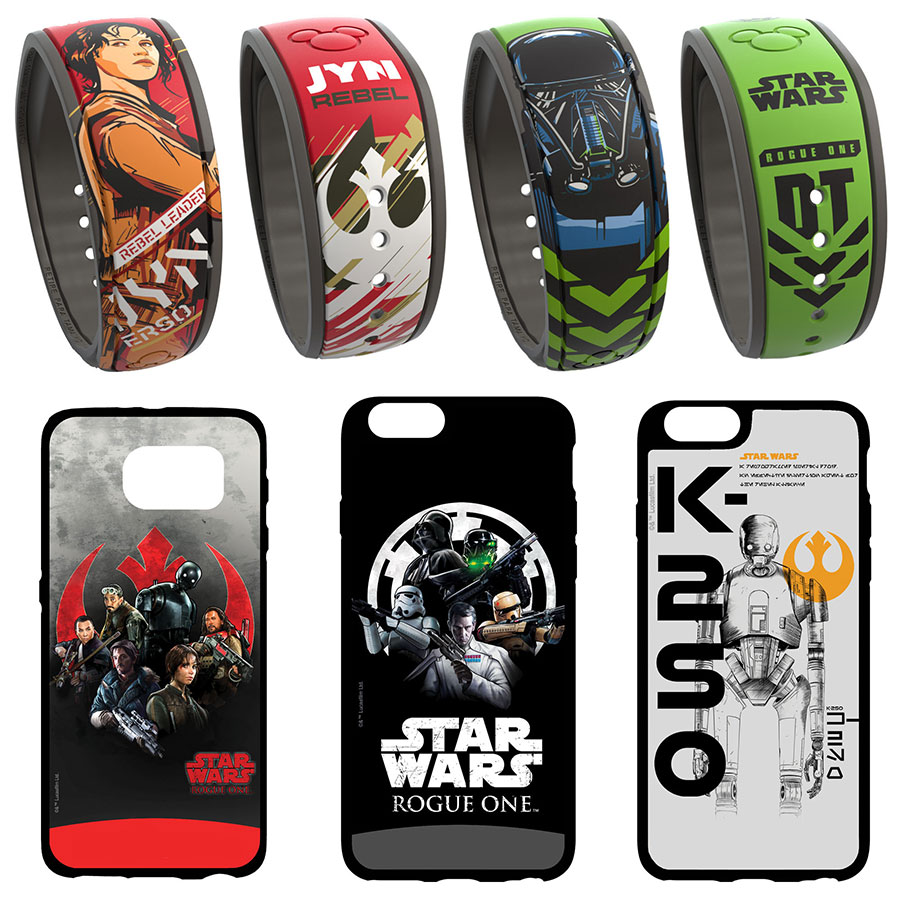 Select items from the Rogue One: A Star Wars Story are also available for purchase on the free Shop Disney Parks Mobile app. 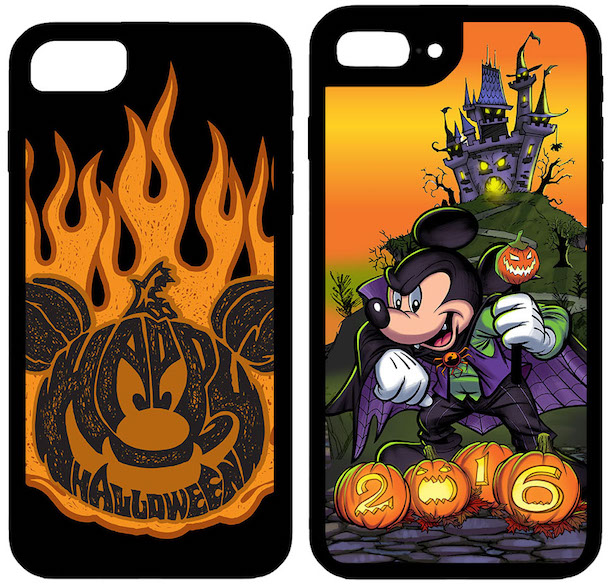