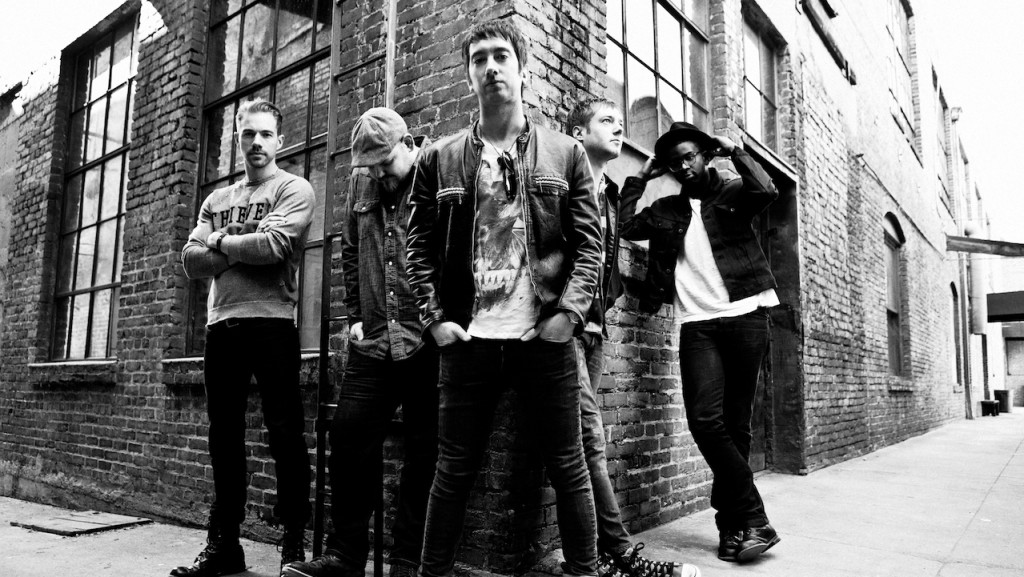 Here’s a look at the full lineup:

Performances are 5:30, 6:45 and 8:00 p.m. daily, and included in Epcot admission. (Lineup is subject to change; songs listed are for artist recognition only and may not be included in the concert play list.)

New! Musique Aramenco Now Performing in Morocco: Musique Aramenco is the newest group to perform on the Morocco stage. The show incorporates the darbuka drum — the heart of folkloric and modern music — violins, and a belly dancer to create a pleasing fusion of traditional and popular dance music and melodies one might hear in countries along the Southern Mediterranean and Northern Africa. 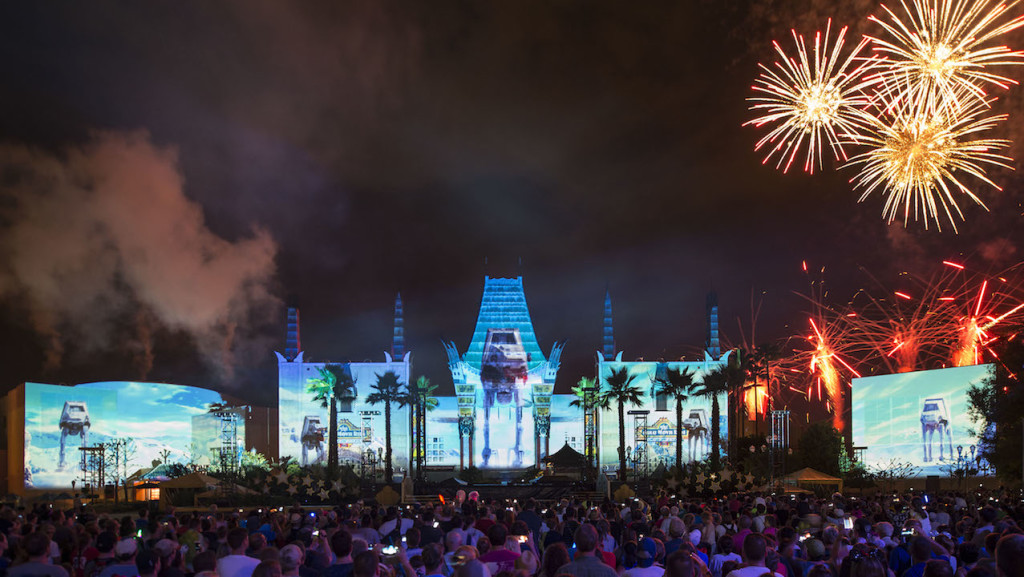 The new nightly Star Wars fireworks show, “Star Wars: A Galactic Spectacular,” combines fireworks, pyrotechnics, special effects and video projections that turn the nearby Chinese Theater and other buildings at Disney’s Hollywood Studios into the twin suns of Tatooine, a field of battle droids, the trench of the Death Star, Starkiller Base and other Star Wars destinations. The show also features a tower of fire and spotlight beams, creating massive lightsabers in the sky. (David Roark, photographer)

New! Summer Strawberry Specialty Cupcakes Now Available: Take a bite out of summer with the new summer strawberry specialty cupcake now at Disney’s Hollywood Studios. This cupcake will be available at the following locations: Catalina Eddie’s, Fairfax Fare, Rosie’s All-American Café, Starring Rolls Café, Trolley Car Café. This cupcake is included in the Disney Dining Plan and will be available through Aug 31.

Reminder! Tiffins Offering a Small Plate Lunch Menu: A new lunch menu featuring a smaller portions of Tiffins’ most popular dishes debuted at the restaurant on Sunday, July 3. From 11:30 a.m.-3:30 p.m. each day, Guests will have the option of pairing two options from the menu along with a Jade rice blend for just $28 per person, plus tax and gratuity. The Taste of Tiffins lunch menu, the options allow Guests to select from the following ten dishes: flash-fried blue mussels, black-eyed pea fritters, crispy Yellowtail Snapper, sustainable fish crudo, 72-hour beef short rib, salad of roasted baby beets, market vegetable curry, marinated grilled octopus, Chermoula-rubbed chicken, or the masa and pulled pork tamale. Guests are also able to order from the existing all-day menu.

New! Celebrate Africa on July 20th at Disney’s Animal Kingdom Lodge: Guests of all ages to join our Disney’s Animal Kingdom Lodge to celebrate African culture on Wednesday, July 20, 10-11 a.m. in the Jambo House lobby. This celebration will feature music, dancing and plenty of inspiration as our cultural representatives proudly represent their home countries. Guests may have their faces painted and will have the opportunity to learn about the many activities that make African culture so  unique. 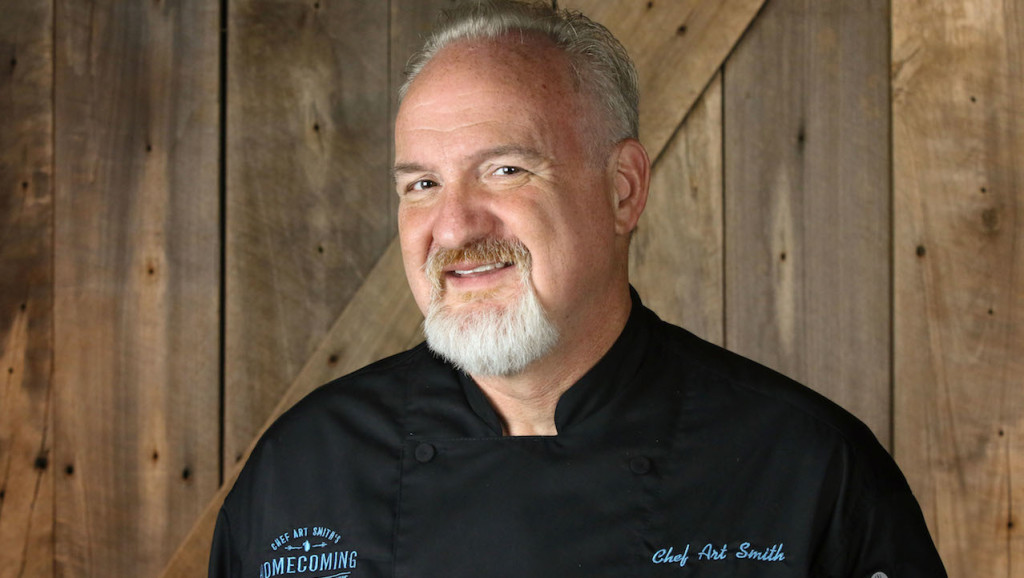 Chef Art Smith who will be opening his new restaurant Homecoming: Florida Kitchen and Southern Shine at Disney Springs in 2016. Photo by Tom Burton

New! Attend a Dooney & Bourke Release Party on July 23 in Marketplace Co-Op at Disney Springs: On Saturday, July 23 at Cherry Tree Lane inside the Marketplace Co-Op at Disney Springs, Dooney & Bourke will hold a Release Party for the new Dooney & Bourke Disney items coming out this summer. At this event, we are releasing two new collections including handbags inspired by the classic Disney Parks attraction, “it’s a small world.” The four silhouettes in this collection will include a Shopper Tote, a Pouchette, a Wallet and a Wristlet. 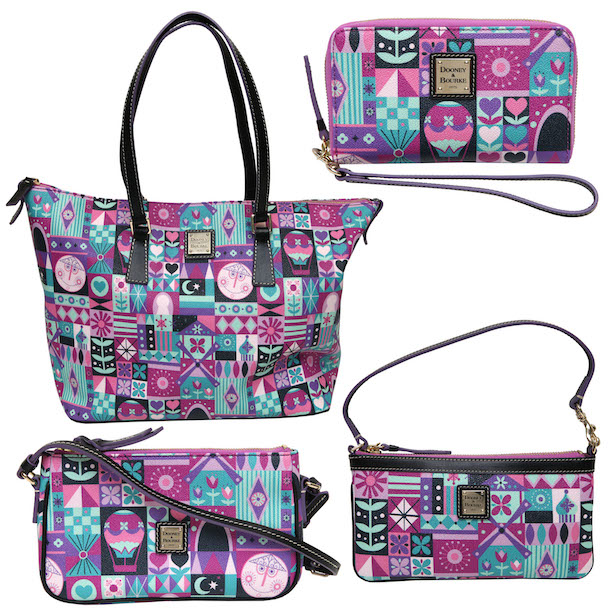 The second collection, called “Lovebirds,” will include a Shopper Tote and a Letter Carrier. 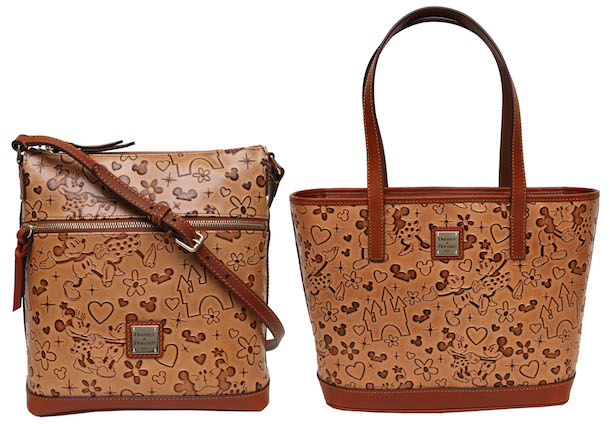 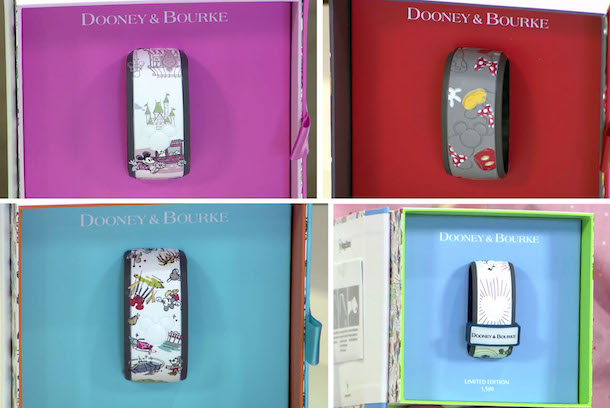 Finally, guests attending this release party will have an opportunity to meet Ian Ray, Creative Director for Dooney & Bourke. He will be appearing at Cherry Tree Lane from 10:30 a.m. to 12:30 p.m. that day.

July 20 – 24: Artist Greg McCullough returns to Art of Disney in Disney Springs Marketplace with special appearances and signings from 1 – 8 p.m., each day.