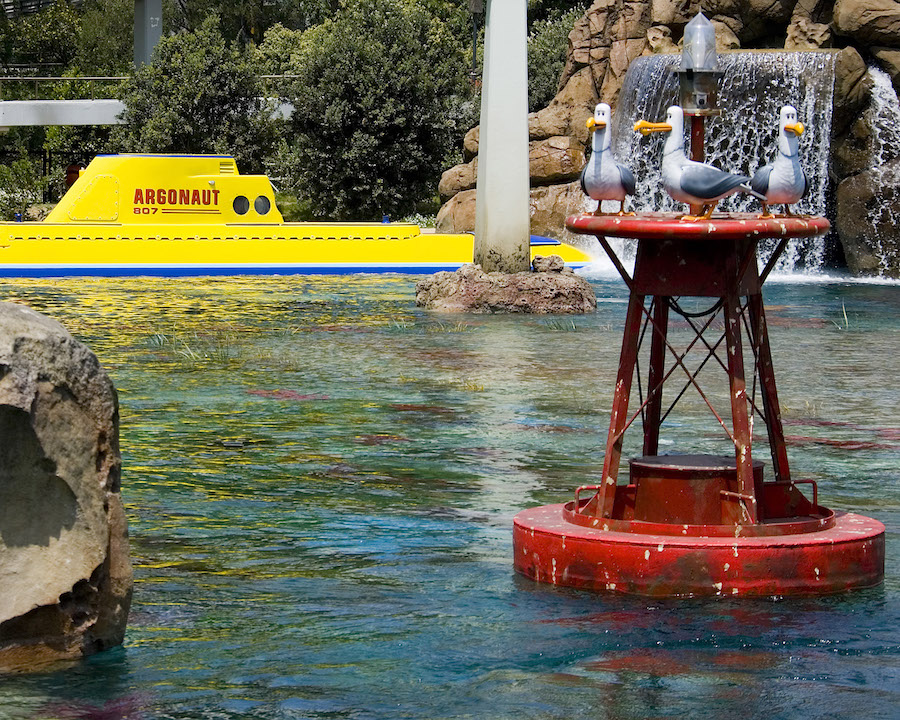 YELLOW SUBMARINE – The original submarines from the Disneyland Submarine Voyage, a popular attraction for many years at the California theme park, have been extensively refitted for the 21st Century adventure of Finding Nemo Submarine Voyage. The new attraction, which premieres June 11, takes explorers on an undersea voyage during which they’ll have close encounters with the fish characters from the Disney-Pixar movie Finding Nemo.